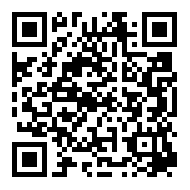 Without some method of treatment, about 12% of crops globally would be lost to plant parasitic nematodes,” says Karl Cameron Schiller, cofounder and chief operating office of bio-tech startup Pheronym. To combat these pests, Schiller and his team are developing non-toxic pesticide solutions that pose fewer risks to the environment.

Pheronym has developed two biopesticides that use pheromones to control parasitic nematodes, improve soil health, and protect crops for better yield. Pheromones, which are the foundation of the company’s products, are signals released by an organism to the environment that affect the behavior of the same species.

You may be surprised that not all nematodes are bad. Pheronym’s technology makes good nematodes better biological controls and prevents bad nematodes from feeding on plant roots.

The first product, NemaStim, is a conditioner that directs beneficial nematodes to attack in a pack, killing more of the target insect pests, compared with untreated nematodes. NemaStim increases the effectiveness of beneficial nematodes between 28% and 78%, as tested by two independent labs.

“This research is believed to be the first time a parasite’s (the nematode) own pheromone was used to improve its effectiveness in attacking its host, the pecan weevil and black soldier fly,” according to Shapiro-Ilan, lead scientist of the Cooperative Research and Development Agreement between Pheronym and the USDA.

In addition, the pheromone controlling beneficial nematodes “tells” them to find new insects to infect; sending them farther and farther away from the original application site.

The second product, which is in earlier stages of development, is PheroCoat. It’s a seed treatment that directs plant-parasitic nematodes away from healthy roots entirely. “We’re using pheromones to influence the behavior of the pest itself,” Schiller says.

“Our focus has always been on improving farmers’ outputs,” he continues. “However, the beneficial nematodes are a tough sell with growers, because when they hear the word nematodes, the first thing they think about is how to save their fields, and they wonder if the damage will directly affect yield.”

Some producers, like those growing organic cannabis, utilize natural pest-control programs already and are familiar with the ability of beneficial nematodes to attack insects.

Currently, a commercial partner is testing NemaStim against thrips for the greenhouse growers’ market, and other partners are testing against black soldier fly, citrus weevil, and pecan weevil.

Pheronym also has support from the USDA- Agricultural Research Service for collaborative research and development efforts in test fields and greenhouses.