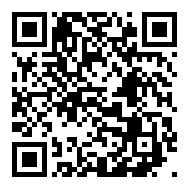 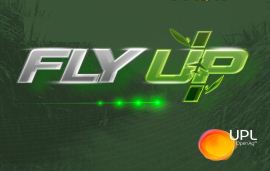 UPL announced the launch in Brazil of the FlyUP project, characterized by the multinational of Indian origin as "unique in the world".

It is a technology for aerial mapping of weeds and diseases in sugarcane fields and pasture. With artificial intelligence, it uses extremely high precision images, capable of reaching ground level.

“This new solution performs dynamic, agile and accurate analyses. With the detailing of phytosanitary problems and the management of the information collected, in real-time, it is possible to make faster and more effective decisions, to rationalize and find solutions to the problems based on the use of pesticides with economic and environmental sustainability,” explained Luciano Almeida, marketing supervisor for sugarcane and forests at UPL Brasil.

FlyUP has three aircraft equipped with a device that captures images with a resolution of 0.3 mm/pixel of fields at the leaf level and can cover 5,000 hectares per day at 200 km/h. On an overflight, UPL customers receive information and insights immediately, identifying the first signs of weeds, fungal diseases and even nutritional deficiencies.

“Brazil has stood out in the production of raw material for the bioenergy sector, which has become increasingly important for the planet's environmental sustainability. The [sugarcane] sector generates income and many jobs in our country,” Almeida said in conclusion.

Sugarcane is one of the most important crops in Brazil, with an estimated 642.1 million tons planted on 8.4 million hectares, in this harvest alone. The crop is also one of the most susceptible to pests, weeds and diseases. In the first half alone, more than US$785 million was invested in fungicides, herbicides and insecticides in the country's crops.

In addition, application costs also have an impact. The application of herbicides in the cane plant represents 3 to 4% of the cost of the planting operation. The decrease in production due to weed infestation can be 50%. Already, a highly affected area with 10 to 12 weeds per square meter, for example, can have losses of up to 85%. Operational income from mechanized harvesting also drops by around 20%.

In addition to sugarcane, FlyUP can also be used in pasture monitoring with a focus on greater productivity of the herd. In addition to weeds, the technology can identify insects that hide in the pasture and damage the cattle. The pesticides for pasture represented investments of US$60 million by the ranchers. Some 13.6 million hectares were treated, with around 170 million hectares of pasture in the country.

Together, sugarcane and pasture represent nearly 20% of UPL's business in Brazil. In 2019, the company's total turnover was R$7 billion (US$ 1.37 billion). “The project is an innovation so precise that it can reach ground level. We want to ensure that sugarcane, the third most important crop in the country, and pasture, the most important animal crop in Brazil, reach even higher levels of productivity and quality while contributing to sustainability,” said Fabio Torretta, the company's president in Brazil.