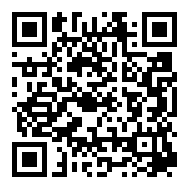 AgPlenus Ltd., an innovative company designing effective, sustainable crop protection products by leveraging computational biology and chemistry, and a subsidiary of Evogene Ltd. (NASDAQ: EVGN), (TASE: EVGN), announced that it has reached the ‘Lead' stage in its novel Mode-of-Action (MoA) herbicide program. The achievement of this milestone follows the conclusion of field tests that demonstrated that product candidate APH1, at commercial dose rates, effectively controlled a broad panel of weeds, including weeds that are known to have resistance to existing herbicides. These results were confirmed in independent field tests conducted by SynTech Research, an agricultural R&D contract research organization located in California. For a short video clip of the field test, click here

Herbicide crop protection plays an important role in global food security with the global herbicide market estimated to reach $34 billion in 2022. Over the last several decades, the increasing use of existing MoA herbicides along with the extremely limited introduction of new MoA herbicides have resulted in weeds that are highly resistant to currently available commercial products. Herbicide resistance has become a critical issue for growers, reducing crop yields and requiring higher herbicide application rates. The key solution to the emergence of herbicide-resistance in weeds is the development and application of new MoA herbicides.

AgPlenus’ herbicide program focuses on the discovery and targeting of new MoAs to overcome herbicide resistance issues.  Herbicide candidate APH1 is the first chemical compound addressing a novel MoA from this program to reach the 'Lead' stage.

APH1 is a broad-spectrum herbicide candidate that has been shown to be effective against highly-resistant grass and broadleaf weeds. The positive results announced today, achieved in field tests in Israel and confirmed in independent field tests in California by SynTech Research, were conducted with commercial-level application rates on a broad panel of weeds in post-emergence application. Weed control was statistically significant (compared to untreated controls) and in the range of 70%-100% in 6 out of 9 commercially important weed species. Additionally, in greenhouse tests conducted in post-emergence applications, APH1 demonstrated efficacy against several key resistant weeds, including glyphosate resistant weed strains. In addition to efficacy against a broad panel of weed species, APH1 also exhibited crop selectivity; corn and cereals showed inherent tolerance to APH1. A patent application has been filed for this candidate.

These field tests followed a series of lab and greenhouse experiments.  Lab experiments validated that the biological pathway that APH1 impacts in plants is a new MoA, not present in higher organisms such as mammals, which may impact its potential safety profile.  Greenhouse experiments, conducted in varying pre- and post-emergence applications, demonstrated strong efficacy against weeds that are notorious for developing resistance.

The next steps in the further development of APH1 are expected to include field trials and safety studies to reach the stage of an ‘Optimized Lead'.

Douglas Eisner, CEO of AgPlenus, stated: “I am happy to have joined AgPlenus at such a pivotal point in the development of its herbicide candidates. After years of computational and in-planta work, AgPlenus has achieved an important milestone that we will leverage to advance our herbicide program. No doubt, this is a testimony to the value computational approaches can bring to agriculture. We look forward to reporting future progress with APH1 and other product candidates.”

Ofer Haviv, Chairman of AgPlenus and CEO of Evogene, stated: “I am excited to see AgPlenus achieve such a significant milestone in the development of one of the most desired products in crop protection – a new MoA herbicide. This is most certainly an outcome of AgPlenus’ unique computational approach to crop protection development, based on the use of Evogene’s ChemPass AI engine. I look forward to seeing the continued development of this product candidate and others in the coming year.”