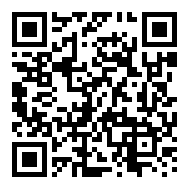 NGO PAN-Europe has called on member states to reject an EU proposal to extend an existing authorisation for pesticide carbendazim by another three years.

The chemical, used as a fungicide in agriculture and wood protection, will be banned from June under revised rules on pesticide approvals. However, the European Commission has proposed extending the authorisation. In November, a committee of member states failed to reach a qualified majority on the issue.

PAN-Europe had hoped the commission would drop the proposal following the committee vote. But this did not happen and the plan was sent to the Council of Ministers, which will hold a vote at a meeting of farm ministers in April.

In a separate development, the European Food Safety Authority (EFSA) has reacted angrily to PAN-Europe criticism of its recent report on the use of science in decision-making. The NGO said on Tuesday that the report shows a preference for industry-funded research that follows the good laboratory practice (GLP) industry standard.

In a letter to the NGO received on Thursday, EFSA says the accusations are a "baseless misrepresentation of the facts". The agency says GLP standards are not a guarantee of reliability and all peer-reviewed scientific literature should be considered.

* Meanwhile, the commission published authorisations for three pesticides – tau-fluvalinate, fenoxycarb and clethodim – in the EU's official journal on Thursday. Their use will be allowed until 2021. It also extended a temporary ban on the sale of the biocide dimethylfumarate (DMF) until March 2012 under the REACH chemicals rules.