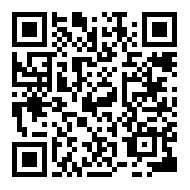 With automation poised to transform agriculture in Australia in the coming years, Monash University researchers have published the first-ever analysis of the ethical and policy issues raised by the use of robots in agriculture.

Agriculture employs around 2.5 per cent of the country’s workforce and is a valuable export, however, according to Professor of Philosophy Robert Sparrow and Philosophy Research Fellow Dr Mark Howard, little attention has been paid to the ethical and policy challenges that will arise as agriculture is increasingly automated.

Together they investigated the prospects for, and likely impacts and ethical and policy implications of, the use of robotics in agriculture in their paper Robots in agriculture: prospects, impacts, ethics, and policy, recently published in the journal Precision Agriculture.

“While there hasn’t yet been widespread adoption of robots in farming due to a lack of technological breakthroughs, it’s anticipated there will be a gradual emergence of technologies for precision farming as well as the use of automation in food processing and packaging,” Professor Sparrow said.

“Already we are seeing the development and, increasingly, the adoption of GPS-enabled autonomous tractors and harvesters, robotic milking stations and dairies, robotic fruit and vegetable pickers, drones for rounding up livestock and crop-dusting and automation in slaughterhouses, food handling, processing and packaging all exist, among others.”

The authors said with global and local food security facing profound challenges including climate change, soil depletion, loss of biodiversity, water scarcity and population growth, robots could help farmers confront these challenges by improving yield and productivity, while reducing levels of fertiliser and pesticide use, as well as water wastage.

However, they stated, the widespread adoption of robots in farming could have negative consequences, including mismanagement of chemicals, soil compaction due to heavy robots and potential food wastage if consumers come to expect standardised or ‘perfect’ produce.

“There’s a risk that robots could impact negatively on biodiversity and on the environmental sustainability of agriculture more generally,” Dr Howard said. “Strong policy that encourages the development of robots that contribute to small-scale, local, and biodiverse agriculture and do not just promote existing unsustainable agricultural practices is a must.”

On a positive note, the physically intense labour associated with agriculture work and its seasonal nature could see robots developed for tasks such as weeding, fruit and vegetable picking, food handling and packaging tasks, which could increase productivity and the amount of produce sent to market.

Researchers said the industry also needed to consider the potential risk that malicious actors might try to “hack”, or launch cyber attacks against, the automation on the farms of other nations.