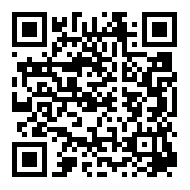 World population continues to increase from today’s 7 billion to a projected 9 billion people by the year 2050, and yet, it must be fed by a global ecological system under stress. Consequently, there is expanded interest in a more productive and ecologically sound agriculture that grows healthy food while protecting environmental integrity for future generations. Pesticides have adverse impacts on soil health, water quality, wildlife habitat and human health.

Black leaf streak, also known as black Sigatoka disease, is caused by Pseudocercospora fijiensis (teleomorph Mycosphaerella fijiensis) Morelet and is considered the most damaging and costly disease of commercial bananas and plantains. Damage caused by this disease significantly reduces the photosynthesizing area of the leaf, and fruit-yield losses can reach 50% through premature maturation – a very serious problem in fruit grown for export.

One of the means currently employed for controlling Sigatoka disease is the use of chemical fungicides. However, their use increases production costs, aggravates health problems among workers, and carries the risk of stimulating selection for resistant fungal populations. Furthermore, these products contaminate the fruit and the environment. Black Sigatoka spreads rapidly and globally, and causes extensive economic damage. The response involves intensive use of fungicides, up to 70 sprays/year, especially in hard-hit places like Costa Rica, due to the development of resistance. Currently, controlling black Sigatoka accounts for about 30% of the plantation's total production costs.

Unlike systemic fungicides, many contact fungicides have little risk of resistance development, because they act broadly on the metabolic pathways of a fungus rather than narrowly like the systemics. Unfortunately, the environmental and human health risks of older contact fungicides, such as Mancozeb and Chlorothalonil, are generally higher than for the systemics, and their effectiveness on the plant tends to be shorter-lived since they can be washed off by rain. Substantial use of agricultural chemicals is required to successfully cultivate bananas, and this has raised concern over the effects of these chemicals on workers, wildlife, and tropical environments in general. The disappearance of the systemics due to resistance to black Sigatoka has forced banana plantations to use older contact fungicides, which must be applied every 4 to 6 days, rather than every 10 to 14 days with the systemics. The contact fungicide Mancozeb is one of the most common, which is applied in more than 50% of the application cycles for controlling Sigatoka. According to FRAC banana working group, Mancozeb can be used solo or in mixtures with partners at manufacturers recommended effective rates. It belongs to carbamate pesticides (dithiocarbamic acid manganese zinc complex), which is a mixture of maneb (a known carcinogen) and zinc. Continuous use of synthetic chemicals reduces the sensitivity of the Black Sigatoka pathogen, and together with the increasing concern on pesticide residue, the search for environment-friendly and effective products for disease control remains a priority. Mancozeb and its metabolite ethylenethiourea (ETU) are still facing many challenges in 2020, from increasing rates of residues in soil and on agriculture products to concerns over human health damage. This has resulted in increasing calls from environmental protection organizations to ban Mancozeb.

Demand for environmentally safe control measures has promoted the interest in finding non-chemical alternatives, such as biopesticides, for the management of fungal pathogens. This is driven by the need to supply food for the ever-growing world population, and the call for chemical load reduction is an important aspect of sustainable agriculture. The Australian essential tea tree oil (TTO) derived from the Melaleuca alternifolia plant contains many components which perform like highly-efficasious fungicides. These components include terpenes, sesquiterpenes and their respective alcohol. TTO has a maximum content of 15% of 1, 8- cineole and a minimum content of 30% of terpinen-4-ol, which is the main active constituent. The oil has been shown to be an effective antiseptic and bactericide, as well as an effective fungicide. The emulsifiable concentrated formulation (Timorex Gold, 22.3 EC W/V; STK group, Israel) was prepared based on TTO as an active ingredient, and was found effective against a broad range of plant-pathogenic fungi in numerous crops and exhibits high activity against black Sigatoka in banana.

TTO-based Timorex Gold is in wide use for the control of black Sigatoka in the main banana plantations in South and Central America and the Philippines. Here we present how it can be a successful replacement for Mancozeb in controlling black Sigatoka.

Several trials have been conducted in banana against black Sigatoka in different countries, in which TTO (Timorex Gold) was used as a replacement for Mancozeb.

Figure 1 presents an example of activity against Pseudocercospora fijiensis in banana. This trial was conducted in Colombia in 2016 under high disease pressure, and included four foliar sprays of either fungicide Volley or volley + mancozeb or Volley + Timorex Gold. All treatments effectively controlled black Sigatoka in similar manner following the spray applications and significantly reduced disease severity as compared to an untreated control. Figure 1. Efficacy of Timorex Gold in replacing Mancozeb for the control of black Sigatoka in banana. Four foliar applications of each fungicide or fungicidal mixtures were applied to banana plants against black Sigatoka. Volley (Fenpropimorph) fungicides Tank mixed either with the TTO-based Timorex Gold (TG) or with Mancozeb (Dithane-DTH). Disease severity was rated at various dates.

Another field trial conducted in the Philippines in 2015 confirms these findings. Systemic (Impulse, Siganex) or protectant fungicides (Mancozeb) (three of each) applied in alternation used as a standard chemical program. Timorex Gold instead of Mancozeb provided superior results in terms of % disease severity (Table 1 or Figure 2) as compared to other treatments. Timorex Gold instead of Mancozeb or systemic fungicides provided similar values of the youngest leaf spot as the standard treatment of fungicides (8.4-8.8) and significantly better than untreated control (7.4). All treatments increased the number of functional leaves (10.3-10.6) compare to untreated control (9.0). Mancozeb, a broad-spectrum protective fungicide with multi-site modes of action, has been used in agriculture for over half a century and grew very fast and is now one of the world’s leading fungicides. However, it is still facing many challenges in 2020 in increasing rates of residues of both Mancozeb and its metabolite ethylenethiourea (ETU), in soil and agriculture products, resulting in damaging to human health. The ethylene‐bis‐dithio carbamates are being discontinued from registration in the United States because of concerns for mutagenicity and teratogenicity in laboratory animals. This resulted in increasing calls from environmental protection organizations to ban the products. However, due to a lack of further evaluations and reviews and sufficient evidence, the European Commission extended the approval period of Mancozeb to end of January 2021. The outcome of this assessment raised an important question about the impact of such decision may have on agriculture in general. Removal of Mancozeb from the EU market will indirectly exclude its use outside Europe in agricultural crops. This raises an important question about banana production in Latin America and some Asian countries in terms of the need for more eco-friendly and non-residual alternative products.

The results provided in this study clearly indicate that the natural TTO product Timorex Gold which is in wide use in banana against black Sigatoka, can also be used as an effective alternative for Mancozeb. Its use either as a solo product or in combination with systemics effectively controlled black Sigatoka and was as effective or superior to Mancozeb. TTO has a unique multiple functional activity and presents different modes of action. Our previous studies showed that TTO inhibited spore germination and exhibited high activity on mycelial development and sporulation. Transmission electron microscopy study showed that TTO disrupted the fungal cell wall and cell membrane of Pseudocercospora fijiensis at stages 4 or 5 of fungal development in the intracellular space of the banana leaf mesophyll. TTO was also found to be an activator of defense mechanisms and systemically induce resistance in banana plants. Spraying TTO on field-grown banana mother plants infected with Fusarium wilt inhibited disease development in daughter plants and enhanced pathogenesis related (PR) proteins.

The preventive, curative and suppressive activities of TTO, together with the indirect activity via the host plant by systemic resistance makes TTO a unique and efficacious tool for resistance management, an important component in plant disease control and an effective replacement to Mancozeb or to systemic fungicides for resistance management of Sigatoka in banana. Unlike Mancozeb and other chemical fungicides, TTO (Timorex Gold) leaves little or no residue and provides significant added value to growers.