MRLs and Trade: A risk-based approach 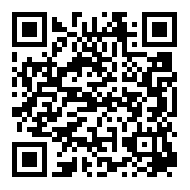 [The views represented in this article are those of the interviewee and do not constitute the official position of the Australian government.] Steve Crossley: “FSANZ is an Australian statutory authority affiliated to the Australian Government Health Department. FSANZ develops science and evidence-based food standards for Australia and New Zealand. These include Maximum Residue Limits (MRLs) for Australia which apply at the point of food sale or entry into Australia.”

“FSANZ is not an enforcement agency. Food standards are enforced by state and territory departments, agencies and local councils in Australia; the Ministry for Primary Industries in New Zealand and the Australian Department of Agriculture and Water Resources for food imported into Australia.”

Why is it important to minimize trade disruptions in ag products?

SC: “The trade in agricultural commodities has grown significantly in recent years contributing to global prosperity and food security. Trade in food commodities can be adversely affected by non-tariff measures (NTMs), such as MRLs. MRLs reflect the highest concentration of the pesticide residue that will result from approved uses, often referred to as Good Agricultural Practices (GAPs). Since the GAPs between countries differ markedly because of different pest/disease pressures and environmental conditions, the MRLs differ markedly too. In addition, where no MRLs have been established, many countries apply the ‘limit of determination’ such that detectable residues are not allowed. The MRL differences between counties can act as NTMs, disrupting international trade in food commodities.

What is APEC and what role do the APEC MRL guidelines play in minimizing trade disruption?

SC: “The Asia Pacific Economic Forum (APEC), founded in 1989, is a grouping of 21 Asia-Pacific economies. APEC's member economies are home to more than 2.7 billion people and make up over half of global Gross Domestic Product. Closer regional economic integration contributes to economic growth and prosperity. APEC decisions are reached by consensus, and commitments are made on a voluntary basis.”

“The APEC Import MRL Guideline for Pesticides includes assessment methodologies involved in considering import MRL requests (sometimes referred to as import tolerances) from the perspective of consumer protection, across the APEC region. The aim being to not only increase consumer confidence in the MRL setting process, but where practical and appropriate, also achieve greater regulatory convergence of MRLs, promoting greater alignment with Codex standards, while reducing the regulatory burden across APEC economies and facilitating trade. The Australian import MRL system has been based on the Guideline, which has also influenced the thinking of other economies.”

What role do MRLs play in the trade of ag products and how does this impact on farmers and your national economy?

SC: “MRLs facilitate trade, protect the consumer and ensure that residues are no higher than needed. They provide confidence to the farmers that if they apply a pesticide in accordance with the approved conditions of use, that any resulting residues will be within the MRL and the food can be traded and legally sold.”

“Agriculture is a major part of the national economy and MRLs help support the production and sale of food. Australia is also a major exporter of agricultural commodities which is supported by the establishment of import MRLs overseas.”

How do the APEC guidelines approach MRLs?

SC: “The main principles that underpin the guidelines are: consumer protection; the minimization of data requirements needed to assess safety; and the emphasis on the use of Codex MRLs, including the supporting JMPR monographs, where such MRLs exist.”

SC: “A risk-based approach, using the best available science and evidence, ensures that food control systems do not unnecessarily impede on the trade of food and agricultural commodities.”