Pioneer Éléphant Vert ready to tackle next phase of growth

Pioneer Éléphant Vert ready to tackle next phase of growth

AgEagle to acquire senseFly from Parrot

AgEagle to acquire senseFly from Parrot 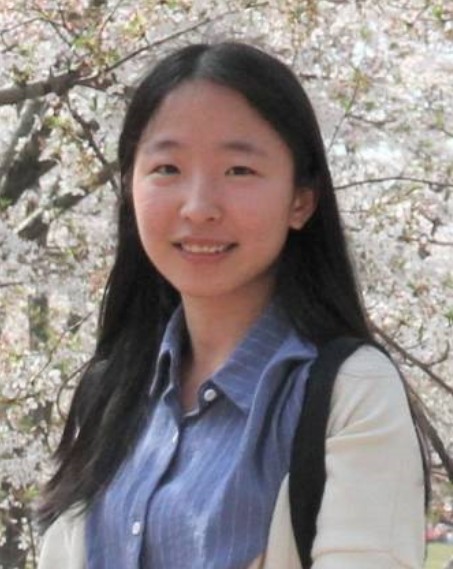 Brazil has vast arable land and a suitable climate for agriculture, enabling it to be one of the largest target markets for plant protection products in the world.

At present, pesticides are used on a large scale in Brazil, while 'enhanced efficiency with lower use rate' becomes the general trend for pesticide application and is the most extensive demand of all growers and consumers. How does one maximize the utilization rate of pesticides while reducing their use from a strategic perspective to guarantee food safety, ecological safety and sustainable development? The aviation industry coming with the development of modern industrial technology provides an effective way to achieve this goal.

Spraying pesticides by aircraft can realize high efficiency, specialization and large coverage for pest and disease control. In Brazil, big plantation owners operate the large-scale agriculture and farmers own a small number of scattered plots of farmland. Big plantation owners control most of Brazil's fertile farmland and take a dominant position. In such a situation, manned agricultural aircraft suitable for large-scale pest and disease control become the pivotal force for aerial application in Brazil.

Increasing number of manned agricultural aircraft in the past decade

In Brazil, large manned agricultural aircraft, which are the most important form of aerial application, are widely used to spray agrochemicals on crops such as soybeans, sugar cane and rice. The application history of manned agricultural aviation in Brazil can be traced back to 1947. After more than 70 years of development, Brazil now has the world's second-largest agricultural aviation fleet. According to the National Union of Agricultural Aviation Companies (Sindag), Brazil has 2,280 agricultural aircraft (including 15 helicopters) in 2019, up 3.92% from 2,194 in 2018. The main models include manned fixed-wing aircraft and rotary-wing helicopters. In terms of the number of agricultural aircraft, Brazil is second only to the United States (US) (3,600), followed by Mexico (2,000), Argentina (1,200), New Zealand and Australia (300 each). Figure 1 Amount and growth trend of manned aircraft in Brazil

Of the 23 states (plus the Federal District) with agricultural aviation (Brazil has 26 states and one Federal District), Mato Grosso was the state that saw the fastest fleet growth, which introduced 26 aircraft in 2019, followed by São Paulo (15), Pará (12) and the Rio Grande do Su (9). So far, Mato Grosso has 520 aircraft and is the state with the largest fleet, followed by Rio Grande do Sul (436) and Sao Paulo (332). Air Tractor Inc., a US company, is one of the world’s largest agricultural aircraft manufacturers and plays an important role in the supply of turboprop aircraft in Brazil. In 2019, Air Tractor Inc. exported 62 aircraft to South America, of which 53 were shipped to Brazil (only four fewer than that sold in the US).

It is reported that in 2019, Embraer planned to sell 80% of its stakes in the commercial aircraft business to Boeing of the US for $4.75 billion and to complete the deal by 2020. But the deal was cancelled in April 2020.

Statistics show that the number of Brazilian agricultural aviation service companies has increased from 253 in 2018 to 267 in 2019, an increase of 5.5%. These companies are specialized aviation service (SAE) operators and provide services to rural producers by employing professional pilots. The SAE operators control 62.6% (1,427) of agricultural aircraft while private operators (farmers or cooperatives that own planes) account for 36.2% (825) of the total. The remaining ones are owned by governmental departments and are used for teaching and training. According to Confederação Nacional da Indústria, the Brazilian drone market exceeded US$60 million in 2018. Relevant reports estimate that Brazil had more than 150,000 drones in 2019, mainly for agriculture and photography, and by July 2019, about 35% of drones were used in the agribusiness activities. In 2018, Brazil was the world’s tenth-largest market for agricultural drones, lagging behind the US, Europe, Canada and Argentina. MicaSense predicts that Brazil will become the world’s third-largest drone market in 2020. BASF’s digital farming platform, DJI and Beijing-based drone manufacturer TTA (Beijing TT Aviation Technology Co. Ltd) are all playing vigorously in Brazil’s drone field. The main advantage of a drone is that it can execute fixed-point control for local areas that need to be treated, which contributes to greatly improving the application efficiency and accuracy of pesticides, pest and disease management and crop productivity, and reducing the exposure of operators in spraying operations. It is reported that drones can save up to 50% of the use rate of pesticides for farmers. Besides, its superiority in low-altitude flights and the ability to enter areas where large aircraft cannot or are not allowed entering make drones another option for aerial application. At present, drones have become a force to be reckoned with in Brazil’s aerial application market.

Xfly Tecnologia, a Brazilian manufacturer of agricultural drones, has been in the market since 2012 and since 2014 has had strong orders (four drones per month, more than 250 delivered since the beginning of activities) in the agricultural area. Most buyers are drone service providers. Horus Aeronaves, another drone manufacturer, has seen stronger sales growth, with an annual growth rate of 150%. According to the company, 70% of the orders came from soybean and sugar cane producers, who sought to improve productivity by using drones to identify pests and diseases and use fertilizers scientifically.

Drones have great potential for development. Will they seize or even replace the Brazilian market dominated by large plant protection aircraft? Analysts believe that drones can never compete with large manned aircraft because they are complementary technologies. Besides, some believe that the development and wide application of drones have expanded the business opportunities in the aerial application market and promoted diversified development in this field.

Irrespective of whether manned agricultural aircraft or drones are used, there is a certain risk of pesticide drift during aerial application. The density of solvent in pesticides is lower than that of water. When mixed with water for spraying, the droplets with small specific gravity are prone to drift, which can cause damage to residents’ health and other crops when flying over fields, water sources or residential areas. In response to these issues, Brazil has introduced corresponding management measures.

For example, the guideline No. 02/2008 regulates the scope of agricultural aerial spraying of pesticides, which stipulates that spraying of pesticides is prohibited in areas 500 meters away from villages, cities, communities, places for spring water collection, etc. In addition, SAE operators and professionals are required to submit operational reports of their activities to competent authorities of the states in which they operate, and inform them of the date, time, place and products used. However, pesticide drift-related accidents caused by operations, weather condition and other factors were reported from time to time.

Pesticides for aerial application are different from their counterparts for ground spraying and have special requirements on the spraying nozzle and droplet size. Therefore, it is the most effective way to solve the disputes over aerial application for plant protection by developing formulations suitable for the aerial application featuring low drift, evaporation resistance supplemented by adjuvants with good compatibility which can help resist drift and evaporation and promote sedimentation, retention and absorption.

Although Brazil has the world’s second-largest agricultural aviation fleet, 85% of Brazil’s cultivated crops still rely on large-scale plant protection machinery on the ground for operation, and the application area of aerial spraying accounts for less than 15%. Besides, the Brazilian government grants a high subsidy for the purchase of aerial application aircraft, which can be as high as 60% - 80% of the price. The bigger the model, the higher the subsidy. Therefore, under the promotion of preferential policies, it is believed the aerial application for plant protection in Brazil will have a great development space.