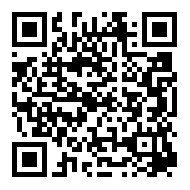 An alliance of chemical firms has published thousands of scientific studies online to support its application for the EU licence renewal of glyphosate, which is due to expire in December 2022.

The dossier contains approximately 1,500 scientific studies – out of which more than 100 were carried out since 2018 – together with supplemental data and information related to biodiversity, residue exposure and the societal and agronomic benefits of glyphosate.

Bayer, as a member of the European Glyphosate Renewal Group (GRG), submitted the 2020 glyphosate dossier to the Assessment Group on Glyphosate (AGG) on 8 June, which officially started the process to renew the current approval of glyphosate in the EU from 15 December 2022 and beyond.

Roundup users have blamed the weedkiller for causing their non-Hodgkin’s lymphoma and other cancers. But Bayer has strongly denied the claims and repeatedly defended the product’s 40-year safety record.

More information on glyphosate, its benefits, safety and uses, including updated information on the regulatory process is available at www.glyphosate.eu and www.cropscience.bayer.com/glyphosateEU.