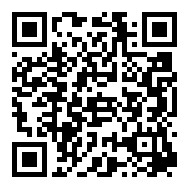 Favorites Print
ForwardShare
Mar. 14, 2011
Growers are being alerted to the presence of yellow rust symptoms appearing in winter wheat crops, although levels are not severe, say agronomists.

ProCam agronomy manager Nick Myers says yellow rust has been found on Robigus and Oakley: “Not at severe levels as yet, but it is there.”

Septoria is very evident on older leaves and there is a strong case for a T0 fungicide this spring, says Mr Myers.

Harlow Agricultural Merchants’ Richard Peake reports findings of yellow rust in the variety Humber, which has a resistance rating of 8. With Solstice and Oakley continuing as key varieties, yellow rust could pose a bigger threat this season than last, he says.

"In terms of disease pressure, in this area of the country we have a major septoria event once every 10 years, but for rust that goes up to four in every 10 years,” says Essex-based Mr Peake.

However, with the correct fungicide programme in place, rust can be kept at bay and yield responses are positive, he says.

"We advise our growers to start their programme early at T0 with a low rate of triazole, followed by a T1 based around a triazole + chlorothalonil, and then a robust T2 centred on epoxiconazole and pyraclostrobin. We will then use a second strobilurin and triazole application at T3.

"As yet, the new SDHI products have not been fully proven in yellow rust situations, so we shall trial them this year and see how they perform under high yellow rust pressure,” says Mr Peake.

Adas says yellow rust can be found on older leaves in susceptible varieties, but pustules do not look active. There were no reports of yellow rust in the CropMonitor bulletin for the end of February.
View More