Bracken control herbicide could be phased out 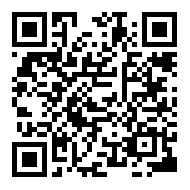 USA - HSE and the miracle of agricultural spraying with drones

NFU Cymru leaders have been briefing the four Welsh MEPs on the problems that could arise in the uplands if the herbicide Asulox is phased out.

The European Commission has indicated that it is not minded to include the chemical in the Annex 1 designation ─ which means the product would be phased out and no longer legal for use after September 2012.

The union believes it ‘vital’ that Asulox continues to be licensed as there are no other selective herbicides used in the UK that are shown to be effective for bracken control and approved for aerial spraying.

"With bracken such a problem in the Welsh uplands a ban could have a potentially devastating impact,” says NFU Cymru president, Ed Bailey.

"It could lead to a whole host of difficulties, including negative effects on biodiversity, as well as public and animal health issues arising from unchecked bracken growth, which include the toxicity and carcinogenic nature of the plant.

"If it is not controlled it will take over crucial grazing land, as well as providing a habitat for ticks which can bring about disease in both humans and animals.”

"Farmers and aerial operators take the responsible use of this herbicide very seriously.

"Normally an environmental impact assessment is required for bracken control and the public can be assured not only about its safe use but that sound measures are in place to protect the environment as well.”
View More