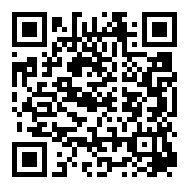 India's federal agriculture and farmers welfare ministry Wednesday said no locust adults or hoppers were spotted in any of the affected areas in the country.

The ministry said they have stepped up vigil to locate the locust swarms and eliminate them completely.

"No mature adults or hoppers were spotted in any of the affected areas yesterday (Tuesday). However, adequate manpower is on vigil for survey and control with sufficient vehicles and spray equipment in the states of Rajasthan and Gujarat," the ministry in a statement said. "Today intensive survey operations are continued by Locust Circle Offices (LCOs) to locate and eliminate locust population if any."

According to the ministry, from April 11 to Aug. 25, control operations were carried out on 566,440 hectares of land in states of Rajasthan, Madhya Pradesh, Punjab, Gujarat, Uttar Pradesh, Haryana, Maharashtra, Chhattisgarh, Uttarakhand and Bihar.

"As per the Food and Agriculture Organization's (FAO) Locust Status update of Aug. 24, the risk of swarm migration to the Indo-Pakistan summer breeding area has nearly subsided. Weekly virtual meeting on Desert Locust of South-West Asian countries (Afghanistan, India, Iran and Pakistan) is being organized by the FAO," the ministry said. "So far 23 virtual meetings of the technical officers of South West Asian countries have taken place."

Locust, a large-sized insect is a short-horned grasshopper of migratory habit, which attacks crops or green vegetations. It causes extensive damage due to its feeding behaviour.

Officials say the locust swarms usually enter the scheduled desert area of India through Pakistan for summer breeding in the month of June and July with the advent of monsoon. This year, however, the incursions of locust hoppers and pink swarms have been reported much earlier.

The migratory pest has the ability to fly hundreds of kilometres collectively.