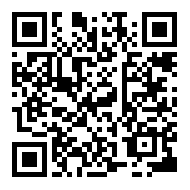 Mancozeb, a broad-spectrum protective fungicide with multi-site modes of action, has been used in agriculture for over half a century, with an annual total consumption of 166,000 tons and annual sales of some US$1.03 billion. It grew very fast and is now the world’s second leading fungicide behind azoxystrobin. Mancozeb, which has a long history but is still popular, is facing many challenges in 2020.

The EU’s Standing Committee on Plants, Animals, Food and Feed (PAFF Committee) held a meeting on 23rd and 24th March, 2020, to discuss if it will continue to authorize the use of mancozeb, as long-term excessive use and unreasonable application on growing areas can result in increasing rates of residue of both mancozeb and ETU (ethylenethiourea, chemical name: tetrahydroimidazole-2-thione), one of mancozeb’s metabolites, in soil and agricultural products, resulting in damage to human health.

Research in the chronic toxicity of mancozeb have shown that long-term exposure to the pesticide may cause thyroid problems or neurodegenerative diseases, such as Parkinson’s, and it is toxic to reproduction. However, due to a lack of further evaluation and review and sufficient evidence, on 9th December, 2019, the European Commission extended the approval period of mancozeb to 31st January, 2021, in accordance with the “Commission Implementing Regulation 2019/2094,” which entered into force on 29th December, 2019, even though this extension was contested by the European Parliament.

Due to increasing calls to ban the product from environmental protection organizations, the EU’s PAFF Committee plans to make its discussion on whether to continue authorizing the use of mancozeb. For the first time in 20 years, the European Commission and EU member states are debating the possibility of banning the substance. “The EU’s mancozeb market is around 10% of the total mancozeb market,” said Plamen Alexandrov, Member of the Supervisory Board of the Bulgaria-based agrochemical company, AGRIA S.A., in a recent interview with AgroPages. Alexandrov told us that mancozeb is an important product to AGRIA, but it is aware of the regulatory difficulties it faces, adding that as an applicant for mancozeb’s renewal in Europe, the company will continue to work hard to promote the renewal process.

“We fully support the safe use of plant protection products (PPP) and we recognize the importance of maintaining public health and human, animal and environmental safety. However, the оver-regulation of PPPs can lead to significant economic, social and practical consequences to agriculture. Therefore, any decision should be taken according to scientific principles and consider scientific evidence and sound risk assessments. Currently, due to Brexit, another rapporteur member state, Greece, is dealing with mancozeb’s assessment, and new data not included in the UK assessment will be considered. With all provided data and studies, the ongoing assessment may result in mancozeb’s re-classification, supporting its renewal,” Alexandrov added.

“Regardless of the outcome of the assessment, the question is much more global, and we would put it in this way, ‘What impact will this decision have on agriculture in general?’. AGRIA is a chemical company and mancozeb is not so critical for our business, but there are serious concerns in the sector about the agronomic, economic and social consequences of the possible removal of mancozeb from the EU market. EU growers will somehow cope with the removal of mancozeb, but such a decision aims not only to limit the use of mancozeb as a PPP in Europe, but also to change mancozeb’s MRLs to the limit of quantification (0.01 mg/ kg) in all imported commodities, which will indirectly exclude its use outside Europe on agricultural products destined for the European market,” he further added.

“So what will happen to banana and soybean production in Latin America and some Asian countries, for example? Can local producers replace mancozeb with another fungicide that meets the required standards while not producing resistance and achieving economic efficiency? These questions need answers. We started this game with a clear awareness of the challenges, and we will continue to support the renewal of mancozeb in Europe. However, the final decision will be in the hands of competent European authorities,” Alexandrov stressed.

In the comments drafted by the Chinese companies on the notification of the non-renewal approval of mancozeb, they expressed their concerns as the issue had serious implications for several WTO members, especially developing countries, whose populations and economies depend heavily on agricultural exports. That is even more so, given the current circumstances related to the COVID-19 pandemic which will leave these sectors heavily impacted from an economic and social point of view.

They also mentioned that Greece, as new Rapporteur Member State (RMS) is still currently assessing the outstanding data on Mancozeb that the previous RMS UK failed to evaluate due to Brexit. The aspects not fully assessed by the UK because of Brexit were subjected to negative findings in the EFSA Conclusion and are also reflected in the draft Commission Implementing Regulation. Should this risk assessment remain incomplete, there will be uncertainty on how the European Union would justify its decision.

While the debate over mancozeb is ongoing in the EU, the Ministry of Agriculture and Farmers’ Welfare of India announced a draft order on 14th May, 2020, to begin it plan to ban 27 pesticides, including mancozeb. The order would be implemented after a 45-day public comment period, which then was extended to 90 days due to strong opposition from the industry in India. It is reported that the ban will not affect the export of mancozeb.

According to national pesticide production data from the Ministry of Chemicals and Fertilizers of India, the country’s mancozeb output in 2018 was 82,000 tonnes. India is a major exporter of mancozeb, the top five destination countries of exports, by value, are Brazil, Costa Rica, Uganda, Indonesia and China.

In general, the Indian agrochemical industry considers banning pesticides as unnecessary, as the prices of alternative products are several times higher those of the potentially banned products. A ban will not only severely restrict farmers’ options, but will also impede the “Make in India” initiative. The industry will continue to appeal and attempt to reverse the situation before the government formally announces the ban.

AgroPages conducted a readers survey on India’s proposed ban on mancozeb. Its participants’ views can be summarized as follows:

● 55% of respondents said that mancozeb has excellent efficacy, low cost and no equivalent alternatives, and banning it will increase costs for farmers and harm their interests.

● 20% of respondents mentioned that mancozeb is an important tool for controlling soybean rust in Brazil, and banning it will affect the sustainable production of soybean.

● 30% of respondents mentioned that mancozeb is also widely used in fruits and vegetables. Mancozeb has become an indispensable product in pesticide rotation programs to prevent the development of resistance. Banning mancozeb will cause farmers to lose this important product, which can control various diseases of many crops.

● 68% of respondents said that mancozeb is an important product for their companies. If it is banned in India, there will be fewer suppliers, and they may change their source from India to China.

● 15% of respondents said that mancozeb only accounts for a small part of their companies’ businesses and India’s ban will have little effect on them.

Currently, the final decisions to ban mancozeb in the EU and India are still pending. At the request of our readers, AgroPages will continue to monitor related developments and report on relevant news concerning mancozeb. Please stay tuned.