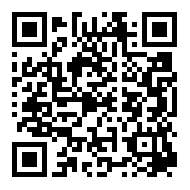 Ignacio Dominguez, President and CEO of ADAMA, said, “In these challenging times, we have delivered a second quarter marked by strong underlying business growth, despite the many headwinds posed by the persistent COVID-19 pandemic which has continued to disrupt lives and economies around the globe. While some countries have been able to emerge from pandemic-related shutdowns, many parts of the world continue to see new infections and deaths rising tragically on a daily basis. During this troubling and uncertain period, I am proud of the response of our teams across the world to ensure the health and safety of our employees, and not only to mitigate the impact of the pandemic on our business, but to keep us on a growth trajectory and delivering solutions to farmers. Their efforts have enabled the Company to maintain more than $2 billion in sales in the first half of 2020, despite the challenges posed by COVID-19, including its significant impact on global currencies.”

Performance in Context of Market Environment

During the first half of 2020, the global agrochemical market, amongst many others, was impacted by the unprecedented COVID-19 pandemic. As a result, farmers’ incomes have been, and continue to be, negatively impacted in most regions by lower crop prices, reduced demand due to the relative shutdown of the food sector, and labor shortages owing to mobility restrictions, all leading to increased costs for farmers. Governments across the world continue to include farmers in extensive support programs, partially offsetting lost income due to the pandemic.

One of the most widespread economic consequences of the pandemic is the significant weakening of many global currencies against the US dollar, which started abruptly towards the end of Q1 and continued throughout the duration of Q2. This has been seen most notably in the Brazilian Real, Indian Rupee and Turkish Lira, and has contributed to increased volatility in the Euro and Australian dollar.

Following tight supply in the first quarter due to COVID-19 disruptions, chemical production in China has largely returned to prior levels and prices of raw materials and intermediates are starting to reflect such increase in supply. The Company expects to benefit from this trend in the upcoming quarters.

The ongoing spread of the COVID-19 pandemic is expected to continue to impact the performance and profitability of the Company in the coming months. ADAMA continues to actively manage its response to the pandemic in order to ensure the safety of its employees and limit its impact on the Company’s business and financial performance.

Becoming Part of the Syngenta Group

In June 2020, ADAMA became a distinctive member of the newly established Syngenta Group. The new group is a world leader in agricultural inputs, spanning crop protection, seeds, fertilizers, additional agricultural and digital technologies, as well as an advanced distribution network in China. ADAMA joined this newly-formed ag-industry leader through the contribution of most of the stake that ChemChina indirectly owned in ADAMA, into the group. As such, there is no change in the Company’s ultimate controlling shareholder. ADAMA continues to be headquartered in Israel, and remains traded on the Shenzhen Stock Exchange, and maintains its unique brand and positioning.

The lower sales in the quarter were caused to some extent by higher inventories in the distribution channels remaining from the poor season last year, as well as some advanced purchasing of products generally by distributors in the first quarter of 2020 due to emerging COVID-19 concerns, both of which served to constrain demand and increase pricing pressure.

Steady growth in northern and western Europe, only partially compensated for a challenging season seen in central and eastern Europe, where volatile weather posed challenges for growers, with dry weather reducing planting in some crops earlier in the season, while the sudden wet weather which followed hampered application in the latter part.

On 1 July 2020, ADAMA acquired the remaining 51% stake in Alfa Agricultural Supplies, S.A., a leading Greek provider of crop protection and other agriculture-related inputs. Through this acquisition, ADAMA will further bolster its position and offering in this relevant market by driving the continued development of its value-added product portfolio, deepening Alfa’s already strong relationships with local ag-input distributors, retailers and farmers, aiming at meeting the growing needs of farmers in Greece.

In US dollar terms, sales were lower by 5.6% in the quarter and by 3.0% in the half-year period, compared to the corresponding periods last year, also reflecting the net impact of weaker currencies, largely attributed to the COVID-19 outbreak.

North America: Sales were lower by 6.5% in the second quarter and by 6.3% in the first half of the year, in CER terms, compared with the corresponding periods last year. This was largely due to challenging weather conditions, primarily in southern US, which delayed planting and reduced cotton acreage alongside a reduction in cotton demand due to lower retail apparel sales as a result of COVID-19. In addition, COVID-19 related uncertainty saw distributors reducing inventories, putting pressure on prices.

The Company recorded robust growth in Canada, partially offsetting the lower sales in the US, supported by successful product launches including ORIUS® a broad-spectrum herbicide in wheat, barley and oats, PYTHONTM a broad-spectrum, dual mode of action herbicide in field peas and soybeans, as well as LEOPARD®, a fast-acting, selective graminicide for use against grassy weeds in multiple crops.

In US dollar terms, sales were lower by 7.0% in the quarter and by 6.9% in the first half, compared to the corresponding period last year, reflecting the weakening of the Canadian Dollar.

Latin America: Sales grew by 39.8% in the second quarter and by 27.6% in the first half of the year, in CER terms, compared to the corresponding periods last year, driven by significant volume growth in key countries and continued price increases throughout the region.

ADAMA delivered strong growth in Brazil, supported by favorable weather conditions and increased soybean and corn acreage. The Company continues to expand its differentiated product offering in the country, recently launching PLETHORA®, an innovative insecticide mixture with dual mode of action, addressing a broad spectrum of caterpillar and other pests.

Noteworthy performances were also recorded with continued market share gains in Argentina, supported by favorable weather conditions that accelerated the pace of summer crop harvesting and winter grain planting, Peru where the Company’s activities were bolstered by its Q4 2019 acquisition in the country, as well as a strong performance in Paraguay.

In US dollar terms, sales in the region grew by 12.4% in the quarter and 6.7% in the first half of the year, compared to the corresponding periods last year, as the robust business growth was heavily impacted by weaker currencies in the region, in particular the significant decline in the Brazilian Real against the US dollar.

Asia-Pacific: Sales grew by 16.1% in the quarter and by 2.7% in the first half of the year, in CER terms, compared to the corresponding periods last year, driven by strong volume growth and continued price increases, recovering from the first quarter COVID-19 impact.

In Asia-Pacific (outside of China), a noteworthy performance was recorded in Australia which has seen a strong season supported by favorable weather. This compensated for challenging seasonal and COVID-19 related conditions in many parts of South East Asia. However, good rice cropping conditions in the region drove increased sales of the Company’s leading rice insecticide offering.

During the quarter, the Company obtained multiple new product registrations in the region, including NEGATE®, a dual-mode of action herbicide for use in turf in Australia, GOLTIX GOLD®, a unique herbicide formulation with improved efficacy for controlling weeds in beets in New Zealand, and Banjo Forte®, a fungicide for use in black pepper in Vietnam.

In China, ADAMA saw a strong recovery in business growth in the second quarter, supported by new product launches including XISHENG LV®, a protective fungicide for fruits and vegetables, as well as FEIDIAN #1™, an insecticide for drone application, mainly in rice. This second quarter performance saw the Company almost fully overcoming the loss of sales in the first quarter caused largely by the COVID-19 impact on operations at the Company’s Jingzhou site in Hubei province. The second quarter saw a recovery in sales of raw materials and intermediates, albeit at lower prices due to increased supply generally from Chinese producers.

In US dollar terms, sales in the region grew by 11.0% in the second quarter but were lower by 2.4% in the first half of the year, compared to the corresponding periods last year, reflecting the impact of weaker currencies, most notably the Australian Dollar and Chinese Renminbi.

India, Middle East & Africa: Sales grew by 23.2% in the quarter and by 18.3% in the first half of the year, in CER terms, compared to the corresponding periods last year. The Company delivered robust business growth in the region, led by India, alongside continued price increases.

In India, the timely arrival of the monsoon and its associated rains facilitated the good sowing of summer crops, encouraging application of crop protection products, following the lifting of the lockdown imposed by the Indian government. Favorable rainfall in South Africa improved cropping conditions, more than offsetting a challenging cotton season in Turkey.

In US dollar terms, sales in the region grew by 14.6% in the quarter and by 11.7% in the first half of the year, compared to the corresponding periods last year, reflecting the impact of softer currencies, most notably the Turkish Lira, the Indian Rupee and the South African Rand.