Sumitomo expands registration of herbicide U-46 BR in Brazil 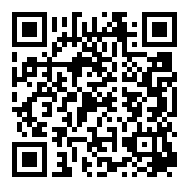 Sumitomo Chemical has announced that it has recently obtained the registration extension for its U-46 BR herbicide (2,4-D) from the Brazilian regulatory bodies.

With this, U-46 BR becomes the first official product in the market to control the so-called “tiguera cotton”. According to agronomists, this is a plant originating from cottonseeds that merge with the soil during the harvest. They emerge in the off-season, convert into invasive weeds and allow the multiplication of pests and diseases in the fields.

According to agronomist Murilo Borges, Herbicide Manager at Sumitomo Chemical, the product U-46 BR, based on the active ingredient 2,4 D, is also registered to manage cotton stalks, another threat to agriculture.

Borges added that henceforth, U-46 BR will also be tackling tiguera soybeans, and for pre-sowing desiccation of soybeans and wheat. However, the product has had its toxicological classification changed to Category 4 (not very toxic), according to him.

“This important herbicide in our portfolio continues to provide relevant benefits to the producer. In the case of ‘tiguera cotton’, U-46 BR will plug a regulatory deficit of technologies to control these plants, which can be extremely harmful to the production systems of the feather,” Murilo Borges said in conclusion.

Headquartered in Tokyo, Sumitomo Chemical is one of Japan’s leading chemical companies. Founded in 1913, it is present in more than 180 countries, with 32,000 employees. Its main office in Brazil is in São Paulo. With the acquisition of Nufarm, the number of employees of the company in Latin America jumped from 130 to 800. In Brazil, the company operates today with broad market access, focusing on innovation and offering a robust portfolio of high-quality post-patent products.