Use of pesticides in Germany further declines in 2019: report 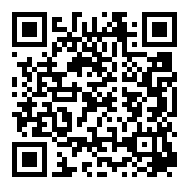 Sales of pesticides in Germany continued to decline in 2019, according to an annual report by the Federal Office of Consumer Protection and Food Safety (BVL) published on Wednesday.

"The fluctuations between individual years indicate that the need for chemical plant protection also depends on weather, and farmers are taking this into account," explained Cramer.

The quantity of pesticides sold in Germany in 2019 fell by around 6.7 percent compared with the previous year. According to Germany's Ministry of Food and Agriculture (BMEL), this development was supported by last year's drought.

German Minister of Food and Agriculture Julia Kloeckner said during the presentation of the report that the aim was to "continuously reduce the use of pesticides and at the same time secure harvests." One measure to achieve this goal was to "massively promote research into non-chemical alternatives," she added.

More than 23 million euros (27 million U.S. dollars) had been earmarked between 2017 and 2023 to fund projects that develop biological and non-chemical alternatives to pesticides, according to BMEL. Enditem