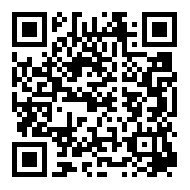 India's agricultural ministry said on Monday that it had carried out locust control operations on 522,897 hectares of land in 10 states from April to August this year.

The ministry said control operations were carried out during day and night time on Sunday at 46 places in seven districts of Rajasthan and in Kutch district of Gujarat.

The ministry said drones and a Bell helicopter have been deployed. Indian Air Force also conducted trials in anti-locust operation by using a Mi-17 helicopter.

Locust is a short-horned grasshopper of migratory habit, which attacks crops or green vegetation. It could cause extensive damage due to its feeding behavior.

Officials say the locust swarms usually enter the scheduled desert area of India through Pakistan for summer breeding in June and July with the advent of monsoon. This year, however, the incursions of locust hoppers and pink swarms have been reported much earlier.

The migratory pest has the ability to fly hundreds of kilometers collectively.