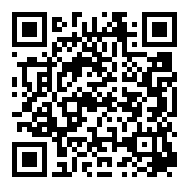 The European Food Safety Authority (EFSA) Panel on Genetically Modified Organisms (GMO Panel) has released a statement complementing the EFSA Scientific Opinion on an application for placing on the market of genetically modified (GM) oilseed rape Ms8 × Rf3 × GT 73 and subcombinations, which have not been authorized previously.

Taking into account its previous assessment on EFSA‐GMO‐NL‐2009‐75 and the outcome of the 28‐day toxicity study, the GMO Panel, based on a weight of evidence approach, concludes that food and feed containing, consisting, and produced from GM oilseed rape Ms8 x Rf3 x GT73 and its subcombinations Ms8 x GT73 and Rf3 x GT73, are as safe as its conventional counterpart, according to the scope as defined in the application EFSA‐GMO‐NL‐2009‐75.

For more details, read the scientific opinion in the EFSA Journal.