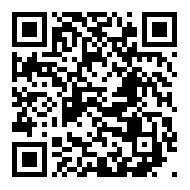 The jump was a result of higher-than-normal rainfall in key markets and government measures on procuring a bumper harvest this rabi season, which runs October to March, managing director Sameer Goel said. Delhi's assignation of agricultural inputs, including fertilizers, as "essential" ensured a limited effect on demand and the supply chain following the start of the country's Covid-19 lockdown on 25 March.

CIL is one of India's largest domestic suppliers of phosphate-based fertilizers, producing 2.94mn t in 2018-19. It produced 561,000t of SSP in the period from eight sites. It has the capacity to produce 3.5mn t/yr of phosphate fertilizer, which includes DAP, SSP and NPKs. Its major phosphate plants are in the southeast of India, in Kakinada and Visakhapatnam, both in Andhra Pradesh state, and two at Ennore and Ranipet in Tamil Nadu.

Momentum to carry into kharif

CIL expects "good traction" in this summer's kharif season, which runs from April to September, given the early onset of the monsoon and healthy reservoir levels, Goel said. The latest data indicate that CIL's sales will likely remain strong through the kharif season, with phosphate-based products driving the rising domestic sales.

Reservoirs remained well stocked as of 24 July. The average reservoir is filled to 39pc of capacity, compared with 25pc a year earlier and a 10-year average of 33pc. Reservoirs are crucial for irrigation of the kharif crop, and are an important metric for gauging farmer demand for fertilizers.

Total DAP, SSP and NPK sales to farmers in India have accelerated this year, outstripping the 2019 kharif season with a rise of 56pc to 8.9mn t between April to 26 July, Argus calculates.

CIL's results are in keeping with announcements from other Indian fertilizer suppliers, with NFL breaking its sales record in April-June. NFL and Chambal will report their April-June earnings at the end of this month.