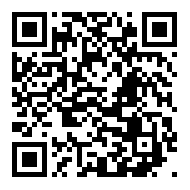 −− Advanced formulation of the only Group 22 insecticide for agricultural use delivers improved control and performance consistency.

FMC has just released and made available for immediate use a new insecticide formulation, Avaunt eVo insect control, in a range of crops including brassicas, pome and stone fruits, cucurbits, leafy vegetables, low-growing berries and dried and succulent beans.

Avaunt eVo insect control is an advanced formulation of Avaunt insecticide that provides improved mixability and rainfastness, an expanded label and an updated package size for easier handling.

“This is the next evolution of our indoxacarb-based insecticides for specialty crop growers. Avaunt insecticide has been a proven tool, and now we’ve evolved the formulation to enhance its capabilities,” says John McCool, FMC insecticide product manager. “Strengthening existing technology is another way FMC is continuing to bring innovation to the market and advance agriculture.”

“Enhancing these three attributes directly translates to better overall performance in the field,” explains Hector Portillo, insecticide product development manager for FMC. “For example, when we look at Avaunt eVo insect control trials nine days after the initial application, we’re still getting 80-90% control; a 10-20% improvement in control over the original Avaunt insecticide during the same post-application window.”

In addition to better performance, the improved mixability of Avaunt eVo insect control equates to less downtime and greater flexibility for growers. The product dissolves faster in the tank than the original Avaunt insecticide and other wettable granular insecticides. It also has a reduced mixing process, which alleviates the requirement for a set mixing cadence.

“Being this is the only mode of action registered for use in this segment, it’s a strong fit in crops where growers make multiple insecticide applications per season. It provides rotational flexibility to help growers manage resistance and protect existing chemistries from resistance development,” Portillo states.

Avaunt eVo insect control is a resilient option for growers operating under hot, intense environmental conditions since it is unaffected by pH, UV, high sunlight and temperature, which are the primary factors for insecticide breakdown and failure.