TAGROS | Ready for the Latam harvest 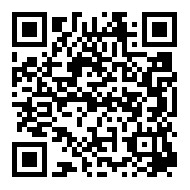 The winds of change are sweeping the farms from Buenos Aires to Beijing. The Novel Corona Virus has blown away everything in its wake. The old ways of thinking have been uprooted. New paradigms are being put in place in every field including Agrochemicals.

Across the globe, everyone’s making an honest assessment. ‘How dependent are we on China?’ is the question uppermost on people’s minds. It’s quite natural for such thoughts to occur in Latin America. That’s because of the region’s super dependence on the dragon nation.

Take Brazil, for instance. Even as of 2019, the country was reliant on China for 38% of its pesticides. As per industry estimates, 99% of Brazil's Glyphosate and 97% of Paraquat, were accounted for by China.

The COVID-triggered mass disruption in shipping has sent the world scurrying for cover. Open discussions have started on how to replace the shortfall from the Far East. Some are all for increasing local manufacturing capacity. But then this will take years.

The best alternative in the foreseeable future would be to source agrochemicals from a stable, reliable, scalable, and cost-competitive source. This is where India comes into the picture.

India is the fourth-largest producer of Agrochemicals, after the US, Japan, and China. The Indian crop protection market size is close to USD 7.5 billion. Of which nearly USD 4 billion is exported. One-fifth of this makes its way to South America.

Many innovators worldwide flock to India for outsourced manufacturing of agrochemicals. There are many reasons for it. Chief among them is the uncompromising quality of the produce. Another point often cited is the respect for product and process patents, and the scrupulous compliance with international regulations. Well-developed ports, availability of skilled workforce, and a secure supply chain, are a few other parameters that weigh in India’s favour.

For a nation with 1.35 billion mouths to feed, crop protection has played a key role in multiplying food security. After the green revolution of the 1960s, when the country was battling the triple whammy of irregular monsoons, notoriously low yields, and small-sized farms with no financial power, the crop protection industry played a huge role in leapfrogging India to the second place in agricultural production way ahead of the United States of America.

What makes India even more interesting is the fact that in the coming years, quite a few active ingredients (chemicals in pesticide/herbicide that kill, control or repel pests) are going off-patent. India has the wherewithal to handle the production from the ground-up and can more than pitch-in if China is out of the equation.

With a global footprint spanning over 90 countries, Tagros is ideally suited to be one of the vanguards of contract manufacturing in India. Founded in 1993, by the legendary Jhaver Group (a pioneering entrepreneurial conglomerate of the nineteenth century), Tagros has gone from strength to strength. Within 2 decades, we rose to become the largest Synthetic Pyrethroid Actives manufacturer. By 2012, thanks to the muscle we added in R&D, we forayed into the herbicide segment with the sole aim of reducing our dependence on Synthetic Pyrethroid. The telling introduction of Sulfentrazone changed things around beyond recognition. It transformed our mindset radically and readied us for partnerships with many multinationals. Today, we manufacture and export complex molecules at large economies of scale, thereby being a dependable partner for clients from any corner.

Tagros sees immense possibilities in the LatAm market. Estimated to be worth USD 27 billion in size, and growing at around 4%, the market has been deemed as essential as agri inputs have helped boost the per hectare production of quality crops. One of the key entry barriers to LatAm, untill recently, was the cumbersome process of pesticide registration. Brazil, the largest agrochemical market in the region, used to have three regulatory agencies lording over approvals of pesticides. For long, the dreaded long wait in registration used to be the single biggest reason source of acrimony for many Indian companies. Not any longer.

The Bolsanaro administration approved 219 new pesticide products for use in just 7 months in 2019. That’s a rate of more than one product a day. Another improvement being planned is to slash the approval time from 8 years to 2 years. The expansion of the list of agrochemicals that can be used for minor crops is one more encouraging sign that’s bound to change the perspective of exporters like Tagros.

The Dawn of Make in India

India, like many other nations, leans on China for raw materials to produce herbicides, insecticides, and fungicides. But the worldwide lockdown and the unreliability of supplies due to the COVID disruption has been a huge eye-opener.

The Government of India (GOI) has launched a massive ‘Self-reliance movement’ by opening up a war-chest of 10% of its GDP. What the movement aims to achieve is to improve the self-sufficiency of the country by making things locally thereby reducing the dependence on imports. Translated for the agrochemical industry, what this implies is, more and more Indian companies will turn to backward integration to eliminate any waves of uncertainty in the future.

Tagros was one of the early adopters of the philosophy of backward integration. Our excellent production facilities and tie-ups with many multinational giants have been engineered bearing this in mind.

Our technical capabilities, state-of-the-art manufacturing, R&D prowess, ability to meet stringent WHO and FAO specifications, resolve to meet business obligations no matter what, responsive and responsible environmental practices, all of these world-class qualities provide the perfect springboard to Tagros to take the next big leap forward.

So apart from punting big on new molecules for the upcoming years, Tagros is actively in discussions with multiple partners to explore contract manufacturing of off-patent products at its sites in Cuddalore, Dahej and Ankleshwar which have spare capacities immediately available for those who seek to outsource from India.

Despite the minor hiccup of an unfortunate fire accident to 1 of its 3 Sulfentrazone units at Dahej, Tagros is confident that the affected capacities will be more than met and targets will be par for the course in 2020-2021.

What’s more, the company is working round-the-clock on its plans to scale up beyond the horizon of the pandemic. Blueprints are being drawn up for strategic investments, and rich innovations that can spur productivity gains across geographies.

The emphasis will clearly be on rapid innovations in new technologies. Big Data-driven monitoring mechanisms will specifically be in in the spotlight to ensure real-time information is available to make agile decisions.

Latin America will be the centerpiece of our international strategy. The pregnant possibilities offered by the expiry of patents on active ingredients, the trend of shifting to generic agrochemicals, the recognition of the critical nature of crop protection by various governments, the healthy public debate for safer agrochemicals in Argentina, the supply vacuum created during the COVID scare – all portend to some exciting play on offer for Indian companies. With its future thrust on contract manufacturing, Tagros hopes to partner with the finest and bring a smorgasbord of innovative agrochemicals that will hopefully ring in the harvest of hope in the region.

Thoughts on Tagros and its future plans, as shared from The Directors Desk @TAGROS. For any further queries, please reach out at marketing@tagros.com