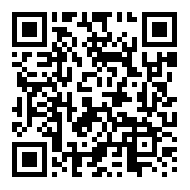 Syngenta demonstrated the excellent effect of Shatu (active ingredient: triflumezopyrim) for the prevention and control of rice planthopper in a demonstration field in Jiangmen, Guangdong of China, on June 23.

Following its release of Dingfeng (pymetrozine 50% WDG), this is another rice planthopper control product released by Syngenta, which is expected to become a solution to resistant rice planthopper.

Shatu is a triflumezopyrim 20% WDG, being a novel mesoionic or zwitterionic insecticidal compound, as well as a novel pyrimidone compound. It has high efficiency, a long-action effect, and with a low amount of use, being environment friendly. It is used for control of the rice planthopper and leafhopper. The effect of a single application will last for 25 days.

Guangdong, is one of China's main rice producing regions and the annual rice-sowing area amounts to 1.7 million hectares. According to statistics, the rice planthopper occurrence has spread to 15 million hectares. As the main target of pest control, the resistance of the rice planthopper to pesticides has appeared apparently due to the long-term use of conventional pesticides.

Although the rice planthopper currently is still sensitive to triflumezopyrim, Syngenta could launch its Shatu+Dingfeng rice planthopper solution to put off the occurrence of resistance. The combination of agents of a different mechanism can ensure a continuity of control over the rice planthopper. On the other hand, the early use of a new product ensures a better effect.

Syngenta has always been working at the forefront of compound innovation and product creation. With the establishment of Syngenta (China), its product chain is more diversified and product superiorities have become much more obvious.

Besides the upcoming Shatu, Syngenta is prepared to launch more patented active ingredients one after another in the next five years.