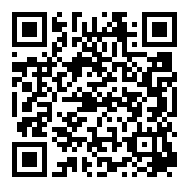 Agri-sciences company PI Industries has launched a qualified institutional placement or QIP to raise up to Rs 2,000 crore through share sale to institutional investors, bankers said.

The QIP has been launched at an indicative price of Rs 1534 per share, about 2% discount to the last closing price of Rs 1562 on July 2, said bankers.

The share sale proceeds would be used to expand the current business, scale-up newer technologies and foray into pharma, imaging, and other speciality chemicals.

PI is investing Rs 1,828 crore in aggregate on capex over FY20- 22 to build new capacity and supporting utilities. The company completed the acquisition of Isagro India in FY20 at an enterprise value of Rs 450 crore.

“The QIP will add a few more growth avenues, as well as help PI have better control on the supply chain, which has become more important in the backdrop of supply side issues from China in the last 15-18 months” according to Aditya Jhawar, analyst, Investec India.

The stock which rallied 30% in the last one year is currently trading at 47 times trailing 12 months earnings which according to analysts is expensive.

“PI has the potential to grow revenue from $ 550 mn to about $ 1 bn in four – five years, but this expectation is partly in the price given the sharp 33% rally in the stock in the last one year” said Amit Agarwal, analyst, Nirmal Bang Securities. “We also believe that the proposed foray into pharma CSM may pose challenges as PI is new to this segment”.

The company has invested Rs 1,229 core in capex over FY14-19 and sustained an average ROCE of 21%. The balance sheet remains strong with net debt at just Rs 241 crore and net debt/EBITDA at 0.34 times for March FY20.