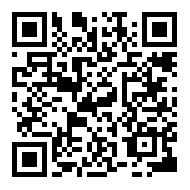 BEIJING — China is expected to see a bumper summer grain harvest this year, amid government efforts to keep grain production stable, an official said on May 14.
The production of summer grain and edible oil will remain at a relatively high level, said Qin Yuyun, an official with the National Food and Strategic Reserves Administration, at a press conference.
State purchasing of grain will generally remain stable with a slight increase, while the buying volume of wheat is expected at around 70 million tons and for early rice to reach 10 million tons, Qin said.
The country will continue to implement the floor price policy for wheat and rice, and the state purchase price is expected to remain stable, Qin said.
China has introduced various measures to ensure stable grain output amid the efforts to control COVID-19, such as increasing the planting area of early rice and improving the quality of spring plowing.
The country is capable of achieving a bumper grain harvest for the entire year, Wei Baigang, an official with the Ministry of Agriculture and Rural Affairs, said earlier in April.
View More