ABACHEM resume work except coastal production base, contract with FMC being implemented 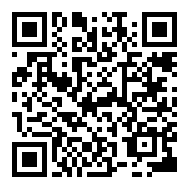 Favorites Print
ForwardShare
Apr. 13, 2020
Several days ago, China's ABACHEM answered the hopes of investors by resuming production, except at its coastal production base, which submitted an application to resume production as soon as possible, for which it is fully prepared. A three-year Yuan3.5 billion contract signed with the company’s customer, FMC, in 2018 is currently being implemented. The company is also in good operating condition to resume its business, which has not been significantly affected by the coronavirus pandemic.
As a high-end product customization provider in the domestic pharmaceutical and pesticide intermediate industry, ABACHEM currently has four production bases located respectively in Taicang City, Nantong City, Yancheng City in Jiangsu Province, and one in Malta in Europe. The Taicang base is mainly engaged in the production of pharmaceutical intermediates and biological enzymes, while its Nantong Rudong base is the company's flagship smart manufacture base, equipped with several thousand-ton-level automatic production lines. Its Yancheng coastal base mainly produces pesticide intermediates and pesticide technical and pesticide formulations, while its Malta production base, ACL, specializes in pharmaceutical customization and API production.
Furthermore, in order to expand production capacity and spread risks, ABACHEM is prepared to build its Shangyu production base in Zhejiang Province, its fifth production base. In October 2019, ABACHEM announced a plan to use its own funds or fundraise Yuan1.25 billion to build an enzyme preparation facility, together with a green research program, with an annual production of 500 tons of levetiracetam in the Hangzhou Bay Economic and Technological Development Zone, Shangyu District, Shaoxing City, Zhejiang Province.
Through its multiple production base business deployment, ABACHEM solves capacity bottleneck issues to maximize secure supplies for its customers while spreading the risks of centralized production in one single production location. In the meantime, the company has access to industrial funds that enables the deployment of new production bases, as well as the quick extension and replication of existing production capacity through its technique and staff from its primary resources. Therefore, while the capacity bottleneck problem is solved, downstream supplies are also secured, helping the company establish a solid foundation for long-term cooperation with downstream customers. During the outbreak, the production of many manufacturers were affected, but ABACHEM is an exception, due to its multiple production base business deployment.