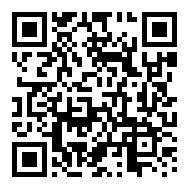 As part of the deal, language will be removed from Roundup Weed and Grass Killer’s label saying that glyphosate -- the product’s active ingredient -- only affects an enzyme found in plants. Consumers alleged that the chemical attacks an enzyme found in humans and some animals.

The settlement comes as Bayer is feverishly working to resolve more than 13,000 lawsuits blaming exposure to glyphosate in Roundup for cancer in users. The company denies glyphosate causes cancer.

After losing three cancer trials in California that resulted in combined damages of $191 million, Bayer agreed to postpone the next round of Roundup trials to provide more time for negotiations. At least a half-dozen trials scheduled to start in the first quarter of this year have been put on hold. Bayer is appealing jurors’ Roundup verdicts against the company.

Bayer shares fell under siege after the company acquired Monsanto in June 2018, losing as much as 47% of their value as trial losses mounted and new cases multiplied. The stock price began edging up again with the prospect of a settlement drawing closer, yet such an agreement might still cost Bayer $10 billion to $12 billion, according analysts at Bloomberg Intelligence.

Chris Loder, a U.S.-based spokesman for Bayer, based in Leverkusen, Germany said the settlement had nothing to do with ongoing negotiations over the cancer suits. “The parties continue to mediate in good faith,” in hopes of settling those suits, he added.

The proposed class-action, filed in federal court in Kansas City, Missouri, zeroed in on advertising for Roundup Weed & Grass Killer, used by gardeners to eradicate weeds in flower beds and patios. Consumers alleged glyphosate targeted an enzyme in humans and animals that bolsters the immune system, digestion and brain function. They disputed Monsanto’s claims that glyphosate only impacted plants.