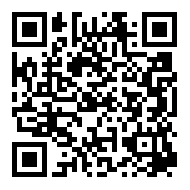 INDIFLINTM is a novel fungicide active ingredient discovered by Sumitomo Chemical as one of its pipelines, whose registration applications in major markets are to be completed by 2020 (B2020 initiative). It belongs to a class of fungicides known as succinate dehydrogenase inhibitors (SDHI) that inhibit the energy production process of pathogenic fungi.  With its superb fungicidal action, good leaf penetration, and systemic action, it has shown high efficacy against a broad spectrum of plant diseases in the testing conducted in and out of the company.  INDIFLINTM is thus expected to offer new solutions for controlling major diseases across the world affecting major crops such as soybeans and cereals. Aside from Japan, Sumitomo Chemical has submitted applications for registration of INDIFLINTM to regulatory authorities in Argentina, the US, Canada, Brazil, and the EU, and aims to globally launch products containing INDIFLINTM after 2020.

KANAME® Flowable, indicated mainly for diseases in vegetables and fruit trees, is the first product containing INDIFLINTM to be launched in Japan ahead of the world. As a disease control agent for diseases including apple/pear scab, onion rust, and southern blight, KANAME® Flowable is distributed in Japan by Sumitomo Chemical and its affiliate, Kyoyu Agri Company.

The agricultural sector has been facing various challenges in recent years: globally, increased demand for food production prompted by population growth and resistance to agrichemicals; and domestically, aging farmers and decreasing crop acreage. By expanding its product lineup on top of the existing agents through the development of new pipelines, including INDIFLINTM, Sumitomo Chemical will further provide solutions that meet the specific needs of farmers.

* KANAME® is a registered trademark of Sumitomo Chemical