Expected developments for glyphosate, dicamba, chlorpyrifos, paraquat, pyrethroids, atrazine and neonicotinoids in US for 2020 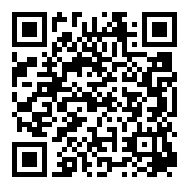 Undeterred by the new coronavirus, state, tribal and federal pesticide regulators and chemical company representatives gathered in Virginia this week for the annual meeting of the Association of American Pesticide Control Officials (AAPCO).

Amid hand sanitizer tables and "No Handshaking Zone" signs, attendees hashed out the status of some of agriculture's most high-profile chemicals -- glyphosate, dicamba, chlorpyrifos, paraquat, pyrethroids, atrazine and neonicotinoids.

Here's a summary of expected developments for each chemical in 2020.

Four dicamba herbicides designed for over-the-top use in Xtend crop systems -- XtendiMax, Engenia, FeXapan and Tavium -- face label expirations in December 2020. EPA is hoping to make a decision on the re-registration of these labels "well before" that date, in time to allow producers to make timely seed decisions for 2021, said Alexandra Dunn, assistant administrator of EPA's Office of Chemical Safety and Pollution Prevention.

The agency is busy evaluating the results of field studies conducted by some of the dicamba registrants in 2019, added Rick Keigwin, director of the EPA's Office of Pesticide Programs. The studies are an attempt to understand how well the agency's 2018 label changes to dicamba herbicides worked, as well as evaluate off-site movement of the chemical, the effect of temperature and tank mix pH on volatility, and the ecological effects of dicamba injury on non-target plants such as trees, shrubs and other woody perennial species, he said. The field studies were conducted in Illinois, Missouri and Mississippi and submitted to the agency in January 2020.

While it remains unknown what future labels of these dicamba herbicides might look like, academic research over the past three years is establishing key risks of the current formulations, including tank mixing glyphosate and spraying in the summer months, noted University of Tennessee weed scientist Tom Mueller.

Three years of field studies in Tennessee have shown that adding glyphosate to dicamba in the tank consistently drops the mixture's pH level under 5 and increases volatility -- essentially reversing the lower volatility achieved by new formulations, Mueller noted.

"What I'm finding is that, when applied with Roundup, the new dicamba formulations are not that different from the DGA-salt formulations [Clarity]," he said. "That's what my data says."

His team tested a variety of other tank mix ingredients, including drift retardants, other herbicides and even insecticides but found no other effects on pH and volatility.

"What we're finding is you can add almost anything to the tank and not drop the pH below 5 -- except glyphosate," he told DTN. "Our recommendations to our Tennessee growers is not to add glyphosate to dicamba in the tank."

He has also found that volatility increases in the presence of more green plant material in the field -- such as weeds. A lot of field studies on dicamba's behavior in the field involve applications on bare soil, he noted. But most dicamba applications are occurring when weeds and crops are actively growing in the field. He found that when dicamba was applied to fields with living green material, dicamba emissions over the next 36 hours were significantly higher than after applications on bare, tilled ground or ground covered with dead plant residue.

Ultimately, no label changes will be able to completely eliminate volatility in the current formulations, Mueller concluded.

"You cannot stop volatility -- dicamba is an inherently volatile molecule," Mueller said. "But you can reduce it by spraying at lower temperatures, not adding Roundup to the tank, and spraying earlier in the season, which means lower temperatures and less plant material."

In the meantime, Mueller urged AAPCO attendees not to be too encouraged by fewer reports of off-target dicamba injury to soybeans in some states. He noted that growing Xtend soybean acreage means more crop fields are protected, and many farmers have become too discouraged to bother reporting continued injury.

Corteva Agriscience announced its intention to stop producing chlorpyrifos this winter. As the biggest producer of the insecticide, primarily under the brand name Lorsban, the company's decision will take a bite out of the availability of chlorpyrifos starting in 2021.

However, EPA has told DTN it expects its continued re-registration of the chemical will keep it on the market in generic forms indefinitely.

The agency is expediting its registration review of chlorpyrifos and expects to release a proposed interim decision for public comment by October 2020, Keigwin told AAPCO attendees.

Representatives from agrichemical companies expressed concern during the meeting about the proliferation of state laws that restrict pesticides that EPA has stated are safe, such as recent steps in California, Hawaii and New York to phase out or ban chlorpyrifos.

"If I have to go to 50 states and face 50 different regulatory schemes, it's going to be really hard to convince people to invest money in alternatives to chlorpyrifos or anything else," Smith added. "It's critical to companies that develop and try to keep these products on the market for growers to have a predictable process that is transparent and understandable."

EPA has released two waves of new label requirements for paraquat, the last in December 2019. Companies are now required to use the most recent "Phase 3" labels on all newly printed paraquat labels and make the switch to the newly required "closed system" products, said Marianne Mannix, an environmental protection specialist with EPA. The agency is giving companies until Dec. 30, 2020, to stop selling non-closed-system paraquat products but is allowing distributors and farmers to continue to use old, non-compliant products they may have until supplies are exhausted.

One of the new label requirements is that only certified applicators who have taken mandated paraquat training can mix, load, apply, clean spray equipment and dispose of paraquat. While this requirement technically only applies to newly labeled products, registrants such as Syngenta are encouraging applicators to get certified and acquire the training no matter what paraquat product they are using, said Patsy Laird, stewardship manager for Syngenta.

Training is available online here (), and 15,000 people have already passed it, Laird said. Syngenta has also developed a face-to-face training option and is working to make it available to states, she added.

Work on Spanish versions of the online training and face-to-face training is also underway, she added.

"But keep in mind that, in addition to the paraquat training, the users have to be certified applicators -- some states have applicator training in Spanish, but not every state does," Laird said.

In late January 2020, EPA released its interim registration decision for glyphosate, which included some label changes and reiterated that EPA believes the herbicide is safe for humans and the environment when used according to the label. See the DTN story here: .

Now, EPA has to evaluate the effect of glyphosate on endangered species, and those assessments will be found in the draft biological evaluations EPA is planning on releasing for public comment in August, Keigwin said. Final endangered species determinations are anticipated in 2021, according to EPA's website.

In 2018, EPA released some revised risk assessments for pyrethroid insecticides, as part of their registration review. In November 2019, the agency released proposed interim decisions for five pyrethroids and a risk mitigation proposal for 23 pyrethroids and pyrethrins, with proposed new label language.