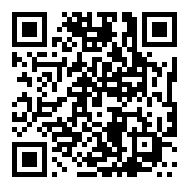 A new formulation of epoxiconazole will be available from BASF this season, following the approval of an emulsifiable concentrate version of the top-selling triazole.

Ignite, which will replace Opus over the next couple of years, represents a step forwards in performance, believes Peter Hughes, cereal fungicide manager of BASF, due to the development of advanced stick-and-stay formulation technology.

"With the EC formulation, we've seen better uptake and retention of the active ingredient, which gives greater curativity and consistency," he says. "The end result is a yield benefit of around 0.25t/ha over Opus."

Getting more active ingredient into the plant also helps with disease control, he says. "With septoria, there's a small benefit from Ignite in a preventative situation. But there's a much bigger benefit in a curative situation."

Brown rust and rhynchosporium control are also improved, he adds. "You can't always pick between them in terms of visual infection, but the mean response from a whole series of trials is 0.25t/ha."

Ignite contains 83g/litre of epoxiconazole, which is less than the 125g/litre in Opus, But its higher application rate of 1.5 litres/ha means it delivers the same amount of active ingredient per hectare.

"Growers familiar with using Opus in their spray programmes, but wanting to switch to Ignite this year should simply increase the amount used before by 50%," advises Mr Hughes.

"They will be applying the same amount of epoxiconazole, but will benefit from better delivery. There won't be any issues with crop safety and compatibility, as it's very straightforward to use."

Ignite will be supplied in 10-litre packs at a "very similar" price to Opus, he says.

Now 16 years old, Opus is the best-selling triazole fungicide in the UK and the backbone of most disease-control programmes in wheat.

Used at the T1 and T2 timings and recognised for its combined activity on septoria and rusts, the number of Opus-treated hectares per season is almost double that of prothioconazole.

However, several improved co-formulations of epoxiconazole have already been developed, such as Ennobe, says BASF's Peter Hughes, all of which have shown better performance.

"We realised that we could improve the biological performance and optimise the delivery of the active ingredient by building in some advanced formulation technology. So that's what we've done."

BASF won't have both epoxiconazole products in the market in the long-term, he admits. "There will be a transition period, after which Ignite will be our epoxiconazole brand."

Source: FWI
Click to bookmark and build your agrochemical knowledge base
Print
ForwardShare