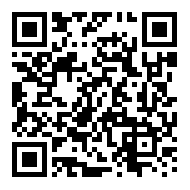 Three-quarters of the soybean crop has been planted with GM seeds, plus more than half the country’s corn (maize) crop and a quarter of the area planted with of cotton, according to a study by a Céleres.

The Brazilian agribusiness consultants said this was the ‘highest rate of adoption of transgenics in the history of the national agriculture’. It added that the proportion of GM plantings is likely to increase further over the next few years.

Céleres forecasts that 18.1 million hectares of transgenic herbicide-tolerant soybean has been planted for the current crop season, representing 76.2 per cent of the total area sown.

An estimated 57.2 per cent of the total area of corn crops is insect-resistant transgenic GM varieties, including 44.4 per cent of summer corn and 75.4 per cent of winter corn.

About 325,000 ha of cotton crops, representing nearly a quarter of the total area, will be planted with GM varieties containing insect resistance technologies, herbicide tolerance or both technologies ‘stacked’, according to Céleres.

The stacking technology cwill cover about 8% of the area planted with cotton in the first season it has been used.
View More