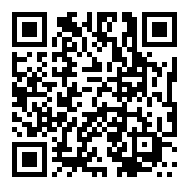 Favorites Print
ForwardShare
Feb. 5, 2020
Farmers around the United States are suing the former Monsanto Co., purchased in 2018 by Bayer AG, and conglomerate BASF in an effort to hold the companies accountable for millions of acres of crop damage the farmers claim is due to widespread illegal use of the weed killing chemical dicamba, use promoted by the companies.
The trial pitting Missouri’s Bader Farms against the companies started January 27, 2020 in federal court in Cape Girardeau, Missouri. The case is filed in the U.S. District Court for the Eastern District of Missouri, Southeastern Division, Civil Docket #1:16-cv-00299-SNLJ. The owners of Bader Farms allege the companies conspired to create an “ecological disaster” that would induce farmers to buy dicamba-tolerant seeds. Key documents from that case can be found below.
BACKGROUND: Dicamba has been used by farmers since the 1960s but with limits that took into account the chemical’s propensity to drift far from where it was sprayed. When Monsanto’s popular glyphosate weed killing products, such as Roundup, started losing effectiveness due to widespread weed resistance, Monsanto decided to launch a dicamba cropping system similar to its popular Roundup Ready system, which paired glyphosate-tolerant seeds with glyphosate herbicides. Farmers buying the new genetically engineered dicamba-tolerant seeds could more easily treat stubborn weeds by spraying entire fields with dicamba, even during warm growing months, without harming their crops. Monsanto announced a collaboration with BASF in 2011. The companies said their new dicamba herbicides would be less volatile and less prone to drift than old formulations of dicamba.
The Environmental Protection Agency approved the use of Monsanto’s dicamba herbicide “XtendiMax” in 2016. BASF developed its own dicamba herbicide that it calls Engenia. Both XtendiMax and Engenia were first sold in the United States in 2017.
Monsanto started selling its dicamba-tolerant seeds in 2016, and a key claim by the plaintiffs is that selling the seeds before regulatory approval of the new dicamba herbicides encouraged farmers to spray fields with old, highly volatile dicamba formulations. The Bader lawsuit claims: “The cause of such destruction to Plaintiff Bader Farms’ crops is Defendant Monsanto’s willful and negligent release of a defective crop system – namely its genetically modified Roundup Ready 2 Xtend soybeans and Bollgard II Xtend cotton seeds (“Xtend crops”) – without an accompanying, EPA-approved dicamba herbicide.”
Bader and more than 100 other farmers around the United States claim that the companies knew and expected that the new seeds would spur such widespread use of dicamba that drift would damage the fields of farmers who did not buy the genetically engineered dicamba-tolerant seeds. The farmers allege this was part of a scheme to expand sales of the genetically engineered dicamba-tolerant seeds. Many allege the new dicamba formulations sold by the companies also drift and cause crop damage just as the old versions have done.
View More