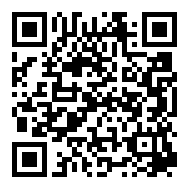 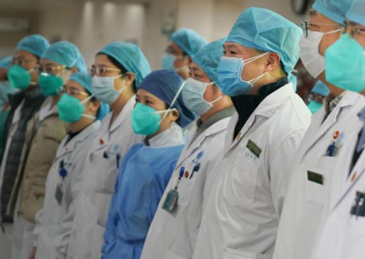 During Chinese new year, a respiratory disease caused by one kind of novel coronavirus was first detected and outbreak in Wuhan, Hubei, China. As of 12:00 on January 29, 2020, there were 5,999 confirmed cases nationwide and the death cases exceeded 100. Chinese government has urgently extended the one-week Spring Festival holiday, requiring enterprises and factories across the country to delay the resumption of work.
During this period, AgroPages kept receiving inquiries from oversea readers, who expressed concerns about the supply of Chinese agrochemical products in the future. In this regard, AgroPages conducted a survey, whose targets were China's Top 100 agrochemical companies. They were located in Zhejiang, Jiangsu, Shandong, Hebei, Sichuan, Inner Mongolia, Shaanxi, Guangdong, Guangxi and other main agrochemical manufacturing provinces in China, including major agrochemical technical and formulation companies for bulk products such as glyphosate, glufosinate and other mainstream products.
As of press time, more than 70% of companies have responded to our survey during their holidays. The following content are concluded from the information they provide.
1. Most Chinese agrochemical companies will stop working for about 2 weeks and then resume production in every Chinese Spring Festival holiday.
2. This year, the governments of Zhejiang and Jiangsu Province clearly stipulated that in view of the need for epidemic prevention and control, enterprises should not resume work earlier than February 9. Therefore, the two provinces' agrochemical enterprises, including technicals and formulations, will have one week more downtime of production than the normal two weeks.
However, in Jiangsu Province, some enterprises have not stopped production during the holidays and have been operating normally, including 20 agrochemical enterprises in Yangkou Chemical Park in Nantong, Jiangsu, and they will continue to maintain the state of operation. These are mainly manufacturers of mainstream agrochemical products.
3. Many enterprises in Shandong, Hebei, Inner Mongolia and other northern provinces in China, especially the pesticide technical manufactures, have not stopped production during the Spring Festival, and are all in normal production state.
4. Enterprises manufacture bulk agrochemical products such like glyphosate, glufosinate and other mainstream agrochemical products are mostly in normal production during the Spring Festival Holiday. Some of the others will also start production after the holiday ends.
5. According to those enterprises that are in production state, because of the poor logistics due to traffic control, there may be a shortage of raw materials after the holiday. However, some said that the factories will usually reserve raw materials on a 40-day basis, and short-term production will not be affected.
6. Some companies stated that since the epidemic occurred till today, the local government has implemented emergency measures in real time, and the company has also carried out its own safety management and employee protection work.
This novel coronavirus incident is mainly occurred in Wuhan (Hubei Province), and the Chinese government is actively taking measures to deal with the outbreak. Enterprises are generally optimistic that the epidemic situation will be resolved under the effective and strict control by the Chinese government, which they will actively cooperate and support. Under these circumstances, we have reason to believe that the supply of China's agrochemical products will not reproduce the situation of supply shortage in 2018 due to environmental protection supervision and 2019 due to safety regulations.
The spokesperson of World Health Organization (WHO), Tarik Jasarevic recently responsed to AgroPages regarding risk of cargo received from China. He confirmed as follow:
“From previous analysis on other coroaviruses, we know that these types or viruses are not surviving long on a surface.
Therefore, we can say people receiving packages from China or from other countries are not at risk of contracting this virus. "
Any questions related to Chinese agrochemical enterprises and products supply, please feel free to consult us at: agropages@vip.163.com