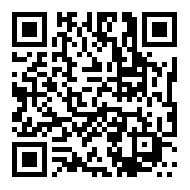 Favorites Print
ForwardShare
Jan. 3, 2020
On December 24, Chinese chemical company Luxi Chemical announced the Liaocheng Municipal People's Government's approval of the gratis transfer of 6.01% stakes in Luxi Group held by Luxi Municipal State-Owned Assets Supervision and Administration Commission to Sinochem Liaocheng. To this end, Luxi Chemical will soon complete its strategic restructuring and get ready to welcome its new holding company, Sinochem Group, the Chinese central government-owned chemical giant.
Luxi Group is the direct controlling shareholder of Luxi Chemical. After the transfer, Sinochem Investment, Sinochem Liaocheng and Liaocheng Juhe Equity Investment will indirectly hold 33.60% of stakes in Luxi Chemical through the Luxi Group. The actual controlling shareholder of Luxi Chemical will change from Liaocheng Municipal State Owned Assets Supervision and Administration Commission to the Sinochem Group, a wholly state-owned company acting on behalf of the Chinese State-Owned Assets Supervision and Administration Commission of the central government.
Luxi Chemical is a prime chemical group of Shandong Province, with its scope of business covering the production of chemicals, fertilizers and chemical equipment, engineering, and research and development. In August 1998, it went public on the Shenzhen Stock Exchange, and has been running for 21 years, having made important contributions to the chemical industry of Shandong and China. In 2018, the revenue of Luxi Chemical reached a record high of Yuan21.2185 billion, with a profit of Yuan3.067 billion. However, since 2019, the business performance of Luxi Chemical saw a sharp decline. In the third quarter of 2019, Luxi Chemical achieved an operating revenue of Yuan3.781 billion, which is 26.80% down year on year and a net profit of Yuan101 million attributable to the shareholders, which is 84.02% down year on year.
Sinochem Group, as the new owner, said that the cooperation with Luxi Group is an important part of the cooperation between Sinochem Group and Shandong Province in the field of high-end chemicals (new materials); it is also an effective measure of the Sinochem Group to further enhance its innovative ability and industrial strength in the field of chemical new materials. After the strategic restructuring, Luxi Chemical is expected to be upgraded from a domestic first-class enterprise to an international first-class enterprise in the field of new chemical materials.