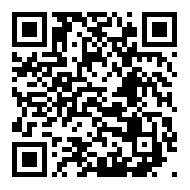 
The EU is the strictest region in the world with regards to pesticide registration, and Limin Chemical’s technical equivalence in the EU highlights the fact that the quality level of mancozeb has reached world-class, which will pave the way for its pesticide marketing process in the EU market.
With a 30-year pesticide production history, Limin Chemical is engaged in the research, manufacturing and sale of pesticide technicals and formulations, being the largest protective fungicide (EBCDs) manufacturer in China. The company has been making continuous innovations and developing agricultural fungicides, having invested heavily and spending six years in successfully producing a new-generation mancozeb, which features a full complexion, a grinding-free process, a one step formation and two micron fineness.
Limin Chemical has prioritized its independent pesticide registration process in overseas market, and has independent registrations in Tanzania, Kenya, Myanmar and Kampuchea. At present, it is still processing its independent registrations in the EU and Brazil, and is prepared to register its products in more countries in the future.
The company’s independent registrations are expected to drive and strengthen its competitiveness and ensure its future development, which will safeguard its ongoing business growth.