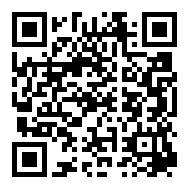 −− Leveraging in-house production of Prothioconazole, opening up a $1 billion market

UPL launches herbicide at the Brazilian Congress of Weed Science

ADAMA Ltd. (the “Company”) (SZSE 000553), recently announced that it has successfully obtained regulatory approval in its first market, Paraguay, for ARMERO™ , its new dual-mode fungicide containing the active ingredients prothioconazole and mancozeb, benefiting from its new in-house production of prothioconazole, a broad-spectrum systemic fungicide. Following this important first registration of ARMERO™, the Company is progressing towards obtaining registrations in Brazil as the next and largest market for this product, to be followed by Europe and other countries globally for additional product concepts containing prothioconazole.

Complementing ADAMA’s flagship CRONNOS®, the triple-action fungicide for Asian soybean rust launched in 2018, ARMERO™ is the first product that ADAMA will introduce in the market with its in-house production of prothioconazole. A mixture of two active ingredients, ARMERO™, ensures a combination of different modes of action including a multisite protectant to combat resistance, and is ideal as a first application of the spray program to control Asian soybean rust. Its innovative liquid formulation, with the Company's proprietary T.O.V technology, prevents spray nozzles from clogging, creating simplicity for farmers.

ARMERO™ is a key product in controlling Asian soybean rust, a highly impactful disease which causes significant crop damage and yield loss of up to 90%, and is expected to be an important growth driver for ADAMA in the future. The market size of the prothioconazole active ingredient is approximately $800 million and is expected to reach over a billion dollars by 2025.

ADAMA is expanding its production capabilities and resources to meet the expected high demand for prothioconazole. The Company is in the process of aligning with industry partners , aiming to become a major supplier of this key active ingredient.