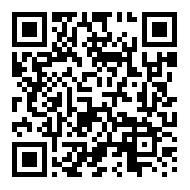 Favorites Print
ForwardShare
Dec. 11, 2019
The EU has been urged not to 'unfairly punish' the manufacturers of plant protection products and farmers as it considers the cases of ten 'active substances'.
The approval of the substances, found in insecticides and other products, are set to expire because regulators have failed to complete necessary assessments in time.
The EU Commission is proposing to grant a temporary extension of the approval period until the work is done.
But Green MEPs are insisting that the approvals should lapse and the agents should be effectively banned.
The Conservative Party's spokeswoman on agriculture, Anthea McIntyre, said any move to restrict these products would impact the farmers who rely on them.
The West Midlands MEP said a ban on the products would be 'grossly unfair' and farmers would be put at an 'instant competitive disadvantage'.
“With regard to Dimoxystrobin, the Commission itself notes that although the European Food Safety Agency conclusions are not yet available, there are so far no clear indications that the approval criteria have not been met.
“As for Mancozeb, the agency's conclusion has been available since June, and the Commission has been clear that it seeking a short extension only.
“If these extensions were rejected, it would remove approved products from EU growers and farmers, and deny them solutions they need for their farms, and for which they require predictable access.
“That would be totally unnecessary, disproportionate and wrong.”
The full list of active substances at risk is: Benfluralin, Dimoxystrobin, Fluazinam, Flutolanil, Mancozeb, Mecoprop-P, Mepiquat, Metiram, Oxamyl and Pyraclostrobin.
In a 2009 ruling, the European Ombudsman expressly required extension of the approval period for an active substance if, through no fault of the applicant, more time is needed to complete the evaluation.
View More