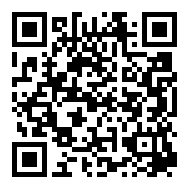 The 2019 coffee crop should be smaller compared to last year. This year’s estimated production total of arabica coffee is 34.47 million bags, a decrease of 27.4%, while Brazil should produce 14.52 million bags of Conilon coffee, a decrease of around 2.5% compared to last season, according to data from  CONAB, the National Supply Company.
In addition to this negative scenario, producers still have to be aware of diseases to ensure that next season’s crops do not register more losses.
Among the diseases that affect coffee plantations, rust is one that deserves significant attention and requires special control. “It is caused by the fungus, Hemileia vastatrix, which causes defoliation and compromises product quality,” explained Luiz Braga, Product Developer and Marketer at Ourofino Agrociência. In terms of production losses, it can vary from 20% to 50%, according to information released by Embrapa.
Braga stressed that as well as defoliation, another symptom of rust is the presence of orange spots on leaves. “They spread throughout the plant, but especially on the leaves at the base of the coffee tree or skirt, which is well-known among coffee growers. The weeds reduce photosynthesis, hindering the vegetative development of the plant,” he added.
Rain and wind are the main causes of the spread of rust, therefore, infections occur most frequently between November and June, so producers need to be aware and monitor their crops closely during this period. “This is the most likely period of occurrence due to climatic conditions, such as humidity and high temperatures. Therefore, control measures are necessary and prevention is essential,” Braga stressed.
From Ourofino Agrociência's portfolio, NotávelBR® (125g/L flutriafol) is the solution that stands out in terms of helping to prevent this issue. “It is a systemic fungicide that features rapid soil and plant interaction, faster penetration and less active loss, resulting in accelerated crop protection,” Braga noted.
He also advised that in order to use the solution preventively, applications must be done on the ground between October and December. “The product is absorbed by the roots of coffee and carried through the vascular system of the plant to all points of the shoot, such as branches, leaves and new shoots. On the other hand, when the coffee tree is already infected, the measure that needs to adopted is to be airtight, so you need to spray. In this case, the application will be more beneficial in the next harvest, reducing the source of inoculums for the next coffee cycle, which begins in harvesting after spring rains," he further added.
Brazil is one of the largest coffee producers in the world. However, rust, which emerged in the country in the mid-1970s, remains a nuisance for coffee farmers. Among the favorable weather conditions for the onset of the disease, low light is another aggravating factor. “Rainy days tend to get cloudy, which speeds up the process of fungal germination and colonization,” said the expert from Ourofino Agrociência.
However, with the introduction of modern agriculture to achieve higher yields, producers have become alert and proactive in preventive management when the first symptoms appear, concluded Braga.
View More