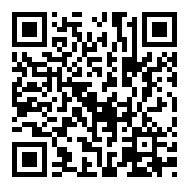 J Erik Fyrwald is chief executive officer (CEO) of Syngenta International, an agriculture company based in Basel, Switzerland, that focuses on crop solutions, including the development of seeds, pesticides, fungicides and other farm chemicals. In an exclusive interview, Fyrwald talks about Syngenta’s plans in India:
Where does India figure in Syngenta’s business plans?
India accounted for about 3% of the sales of US$ 13.5 billion in 2018. But we are growing along nicely. We hope to increase the sales to 10% in the next 10 years.
What is the type of research Syngenta does in India?
The fundamental product research is done in our labs in Switzerland, the US and the UK. We conduct a lot of testing research in India.
Would it then be correct to say that Syngenta tests its products like pesticides, developed elsewhere, in India?
It is not like that. We are developing products specific to India which will be tested in other countries.
What are the products specific to India that Syngenta is developing?
We are developing a fungicide for the Indian agriculture sector. It is called Adepidyn. The product is going through the regulatory process. It will be launched in India once we get the regulatory approvals.
There have been various reports by credible agencies that India is going through a period of stress in the availability of water. What is Syngenta doing to address the water stress in India?
We are developing seeds that can germinate in hot weather, drought and flooding. These seeds are designed to withstand extreme temperatures by introducing a growth stimulant in them. The artesian corn seeds that we developed can help in retaining the carbon dioxide in the soil. The carbon dioxide will keep the soil productive.
Syngenta was sued in the United States for selling a genetically-modified corn seed, and the company decided to settle the case for $ 1.5 billion in September 2017. Will Syngenta be selling GMO products in India?
No, we will not selling any GMO products in India. We reached the settlement in the classaction lawsuit brought against us in the Kansas federal court.
Outrage against single-use plastic appears to be growing across the world, including in India. As an agriculture company, what is Syngenta doing to mitigate the use of single-use plastic.
We have developed a tomato seed that has a chemical that decomposes the tomato faster bred out of it. The tomatoes produced using Syngenta’s seeds will spoil at a slower rate, thereby allowing grocers to stock these tomatoes for a longer period of time.
By breeding the chemical that speeds up decomposing of tomatoes out of the seeds, will consumers be ingesting other chemicals if they consume this special tomato?
Not at all. Our research has helped in removing that particular chemical. There is no gene splicing or modification, so there is no fear of the ingestion of harmful chemicals through the tomatoes raised using Syngenta’s seeds.
How does Syngenta plan to grow its business in India?
Our growth rate in India is in double digits. We have 1700 fulltime employees and 2,000 market development officers (MDOs) in India. We are working with farmers in India, providing them protocols to enhance their yields. Syngenta protocols are quite popular with farmers in Andhra Pradesh and India.
What is Syngenta doing about protecting the environment and ecological balance?
We are working with farmers in India and elsewhere to ensure that the soil is not denuded of its carbon dioxide content. We have to ensure that more carbon dioxide remains in the soil so that the soil will remain productive. Syngenta works with The Nature Conservancy, an environmental organisation, to conserve nature in countries around the world. We encourage the world to increase its forest cover. The Syngenta Foundation helps farmers in extreme poverty to find their feet again.
View More