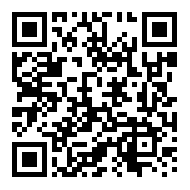 Favorites Print
ForwardShare
Feb. 28, 2008
Dow AgroSciences has recalled certain genetically modified maize seed lots in the US following the discovery of low levels of an unapproved GM maize line in commercial seed that was planted in 2006 and 2007. The unapproved line, event 32 or E-32, was found in three of Dows insect-resistant Herculex RW and Herculex XTRA Rootworm Protection products. E-32 produces proteins that are identical to the registered Herculex lines and there are no health or environmental concerns, conclude the USDA, the EPA and the US Food and Drug Administration.
Dow notified the US authorities that Herculex RW seed containing low levels of E-32 was inadvertently sold to farmers by Dows seed subsidiary Mycogen and planted in limited quantities in 2006 and 2007. E-32 was present at extremely low levels of approximately 3 seeds per 1,000 seeds of the affected products. Some 53,000 acres (21,448 ha) of the affected products were planted in the US, Dow estimates. The total US maize area in 2007 was more than 93 million acres.
Dow has retrieved all affected seed that was shipped to US dealers for the 2008 planting season. Its investigation concluded that the contamination must have originated within a single, small Dow research plot. No commercial hybrid maize seed sold by Dows licensees and other industry partners would have been affected, the company says. E-32 maize was originally grown under special permits, but evaluations to register the line were discontinued when Herculex RW was commercialised, Dow notes.

"While this low level presence does not present safety concerns, I am disappointed with this incident, and my company is re-evaluating all relevant processes and procedures to prevent a re-occurrence," says Dow AgroSciences president and chief executive officer, Jerome Peribere.