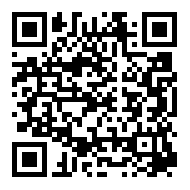 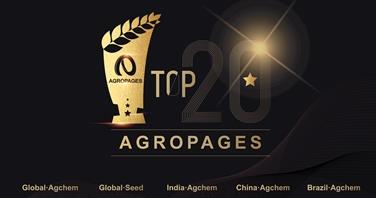 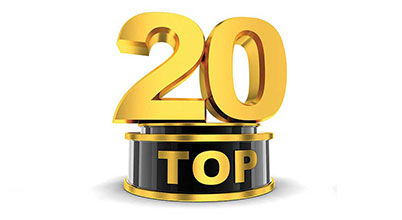 In 2018, AgroPages released the list of 2017 Top 20 Global Seed Companies for the first time, which was recognized and welcomed by readers all over the world. In present Market Overview 2019, we would like to provide you the profiles of the Top 20 global seed companies last year.
Year 2018 see the end of the third big wave of mergers and acquisitions in the history of the global seed segment[6]. Dow and DuPont finally merged, and Corteva Agriscience, the separated agricultural business division of DowDuPont, was listed independently on the New York Stock Exchange in June 2019; China National Chemical Corporation (ChemChina) acquired Syngenta; Bayer purchased Monsanto; and BASF completely took over Bayer's seed business. These major mergers and acquisitions serve to enable the new Big 4 to have a more balanced business portfolio in agrochemicals, seeds and biotechnology and a stronger position on the market.
The Top 20 companies in seed sales in 2018 are ranked according to the financial reports of major multinational enterprises from 2016 to 2018, where Bayer and Corteva are among the leading group, accounting for nearly 60% of the Top 20's total sales, with obvious superiorities in genetically modified crops and biotechnology. Bayer is also the world's largest vegetable company. Syngenta, BASF, Limagrain and KWS form the second group, with the total sales of them accounting for 26% of the Top 20. Although the remaining 14 companies account for only 14% of sales, most of them have developed special seed businesses, such as the turf and grass seed business of DLF and Barenbrug, the vegetable seed business of Sakata Seed and Rijk Zwaan, the flower seed business of Takii Seed, and the rice seed business of Long Ping High-Tech. They are the backbone of the global seed segment. In a word, a new pattern of “two megacorps, four supercorps and differentiated development” has been formed among the Top 20 companies.
Sales of Top 20 Global Seed Companies in 2018*

“Two Megacorps and Four Supercorps”
Bayer
In June 2018, Bayer completed its acquisition of Monsanto and divestment of its seed business to BASF, indicating the closing of the unprecedented acquisition in the history of global agriculture and the official withdrawal of the 117-year-old Monsanto brand name from the global seed segment. This acquisition has established Bayer's leading position in global agriculture. Bayer's seed business in 2018 basically equaled to that in 2017 after exchange rate adjustment. Intacta RR2 PRO™ performed well in South America, the corn seed and trait businesses grew year on year, but the vegetable seed business and soybean seed and trait businesses in North America declined.
Corteva
The cost synergy after combination of Dow and DuPont in 2017 was remarkable. About US$ 400 million was saved in 2018 and the total savings are expected to reach US$ 1200 million by 2021. Corteva Agriscience, the Agriculture Division of DowDuPont, integrated the existing brands through multi-brand and multi-channel seed strategy to realize business expansion. Specifically, the existing brands are organized into three major parts: 1) global brand—flagship Pioneer®; 2) local brands, such as Dairylandseed, Alforexseeds, and Nutechseed, and 3) one-stop seed & chemistry retail, such as PhytoGen, Mycogen Seeds, and Brevant Seeds. In addition, it also explored licensing and distribution business opportunities for some brands, such as EnlistE3 Soybeans and Alforex Seeds.
Syngenta
The acquisition of Syngenta by ChemChina had little impact on its seed business as mainly the sugar beet seed business was separated and Nidera was acquired. In 2018, Syngenta achieved a year-on-year growth rate of 6.3%, mainly due to the growth in sales of sunflower seeds and corn seeds in Eastern Europe and the good performance of the global vegetable seed business. Considering that its parent company, ChemChina, is expected to merge with Sinochem in the coming few years and China may open up GM corn cultivation in recent years, Syngenta's advantages in China will be further highlighted. It is believed Syngenta is likely to further narrow the gap with the megacorps in the future if it can seize the great opportunities in the Chinese market.
BASF
In 2018, BASF formally entered the global seed segment through the acquisition of the seed business of Bayer, which includes nearly all of Bayer's soybean and canola/rapeseed business, cotton seed business (except in India and South Africa), all vegetable seed business, LibertyLink Technology, the research and development assets of all the above seeds and hybrid wheat R&D platform. According to available data, BASF realized a sales exceeding US$2000 million after integrating Bayer's seed business in 2018, surpassing Limagrain and ranked four on the list.
Limagrain / KWS
On a like-for-like basis, Limagrain's revenue increased slightly in 2018. Its vegetable seed business failed to meet the expectation, but fundamentals remained unchanged. Limagrain's business growth in Asia (especially China and India) and South America (Brazil and Argentina) was remarkable, and it is still the second largest vegetable seeds firm in the world. KWS's overall business sales in 2018 increased slightly after exchange rate adjustment. Its sales of corn seed business declined greatly, mainly due to the influence of South America and North America markets. Its corn seed business in Europe and China increased slightly. Besides, its beet seed and grain seed business performed well and grew significantly.
Industry integration is still in progress
Although the super-large industry integration has ended, its impact on the global seed segment will continue. In the coming few years, the industry will continue to develop in the context of integration and recombination. In addition to the above-mentioned major mergers and acquisitions, some acquisition cases with great influence also happened with other Top 20 companies.
•  In August 2018, Danish seed company DLF Seeds announced the acquisition of PGG Wrightson Seeds at US$284 million, which was finally approved by regulatory authorities in April 2019. The two companies operate complementary businesses in terms of market coverage and distribution capabilities geographically. With this acquisition DLF not only achieves such scale, they also gain a strong supply chain and market coverage in the Southern Hemisphere, which positions DLF uniquely in the global forage and turf seed space.
• In September 2018, Florimond Desprez acquired the Turkish beet seed company ENDOTAR to strengthen its position on the Turkish market.
• In February 2019, Corteva announced the acquisition of the Clearfield® Canola Production System (“Clearfield® canola”) in Canada and the United States from BASF.
• In June 2019, KWS announced the acquisition of Pop Vriend Seeds and formally entered the vegetable seed segment. KWS proposed to buy Bayer's divested vegetable seed business in 2018 but finally lost to BASF with stronger financial strength. The successful acquisition represents an important step in its strategic planning.
• In July 2019, Euralis Semences and Caussade Semences Group announced to start discussions with a view to a possible merger of the two companies to strengthen the position of the two brands on the European market. Caussade Semence has a sales volume of about US$170m and is expected to surpass Florimond Desprez and get to No. 12 on the list after the merger.

This article was initially published in AgroPages '2019 Market Insight' magazine. Download the PDF version of the magazine to read more articles.