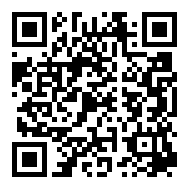 Nufarm shares have surged by more than half their value after the drought-hit agchem supplier announced the sale of its South American business to a Japanese backer for A$1.18 billion.
The Aussie firm said the deal with Sumitomo will allow Nufarm to reset and refocus on growing its European, Nuseed and North American businesses, while helping it shore-up a balance sheet that was once again weighed down by the extreme dry in Australia.
The deal is targeted for completion by first half of FY20.
Shares in the company spiked by 55 per cent to as high as A$6.94 at Monday's open, and were still 32.5 per cent higher at A$5.91 by 1050 AEST.
The climb is despite a full-year result again blighted by drought, with weather and supply issues limiting Nufarm to a A$38 million profit from an impairment-driven A$16 million loss a year ago.
As part of the South America deal, Nufarm and Sumitomo will enter into a two-year supply agreement under which Nufarm will provide procurement services and continued supply of certain products to the crop protection and seed treatment operations in Brazil, Argentina, Colombia and Chile.
The ASX-listed company has been confirmed as the preferred commercialisation partner for Sumitomo's proprietary fungicides Pavecto and Indiflin in Germany, Poland and the UK.
"Our commercial relationship with Sumitomo provides access to an attractive portfolio of proprietary products and will continue to be an important contributor to our growth," Nufarm managing director and chief executive Greg Hunt said.
"Today's agreement extends the term of our existing relationship and provides new opportunities to build on our expanding product portfolio in Europe."
Nufarm will also purchase the A$97.5 million preference shares issued to Sumitomo last month, which will be bought at the completion of the South American transaction.
The deal is expected to reduce group financing costs by between A$60 million and A$70 million.
It is subject to Nufarm shareholder approval as well as competition approval by the relevant South American regulatory bodies.
Strong earnings in North America, seed technologies and Asia offset a flat FY19 result in Latin America and a weaker performance in Australia and NZ, with the company forced to book A$51 million in material items including the unprecedented temporary closure of manufacturing lines in Australia, and the cost of integrating FMC Corporation and Century in Europe.
Revenue for the 12 months to July 31 increased by 14 per cent to A$3.76 billion, while underlying core earnings met August's revised guidance of A$420 million.
Excluding significant items, net profit was down 9.5 per cent to A$89 million.
Mr Hunt said it had been a difficult year for the global agricultural industry.
"While earnings are up, external headwinds constrained performance," Mr Hunt said.
"We've largely addressed the significant inventory overhang from drought conditions in Australia and made good progress in re-setting the cost base to make this a more resilient business while maintaining upside exposure to improved weather conditions."
Nufarm flagged earnings for the first half of 2020 to be in line with the prior year, though tight supply conditions for some ingredients sourced from China are set to continue.
Continued drought conditions in Australia are expected to impact the east coast for the summer cropping season, though business improvements in the country are expected to save A$10 million to A$15 million in earnings.
"The business is well positioned to benefit further from improved weather conditions if they occur," Nufarm said.
Nufarm had already announced it would be suspending its dividends for FY19 as it seeks to reduce debt.
DROUGHT KEEPS A LID ON NUFARM PROFIT
* Revenue up 14pct to A$3.76bn
* Net profit A$38m vs A$16m loss a year ago
* Final dividend suspended vs a fully franked 8.0 cents a year ago
View More