Syngenta’s Cruiser 350 insecticide approved for use in France 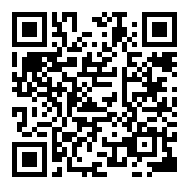 The approval, which has been granted yearly since 2008, was renewed after a favorable opinion on Oct. 15 from the country’s health-security agency, the ministry said in a statement on its website today. The Syngenta insecticide poses no environmental risk according to the agency, the statement shows.

Cruiser is used on some corn seeds to protect against click beetles, and regional observations have shown no unintended side effects on bees since 2008, the ministry said. The insecticide’s active ingredient is thiamethoxam, a systemic neurotoxin in a chemical class called neonicotinoids.

France will introduce a new monitoring network next year to increase its research into bee mortality, the ministry said. The country is the European Union’s largest corn grower. Syngenta is located in Basel, Switzerland.