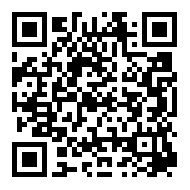 Tomatech, a dynamic and innovative tomato seed breeding company, and Seed-X, are collaborating to improve and accelerate the breeding of superior quality hybrid tomatoes.

During the collaboration, breeding populations of two parental lines, P1, P2, and their F1, and F2, were grown together in the same greenhouse. The parental lines were selected to represent a wide variation of biotic traits, and fruit quality traits such as fruit color, size and taste - controlled by single or multi-genes.

Around 400 F2 plants were characterized for the different traits, using PCR markers, and characterized by Tomatech professional breeders according to standard practice. Individual plants from both sides of the curve (tails), for several different traits were selected. Next, hundreds of seeds from each of the selected plants were produced. All seeds were processed according to standard practice.

Using Seed-X’s AI-powered GeNee™, the seeds images were ‘captured’ and used to train the system and develop a unique fingerprint for each phenotype. These fingerprints were used to screen thousands of F2 seeds, and to select for the phenotype of interest. The selected seeds were planted in the field, and their phenotypic results were compared to a random F2 population.

We successfully demonstrated the enrichment of populations with complicated traits.