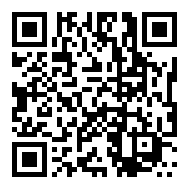 Favorites Print
ForwardShare
Sep. 20, 2019
The Board of Directors of Isagro S.p.A. approved the Consolidated Interim Financial Statements as of June 30th, 2019, which will be made available to the public following the terms and the modalities of the applicable Laws.
The Market and Isagro
The first six months of 2019 were characterized by market and weather conditions which were particularly unfavourable, with general downturns at distributor level (mainly in North America and Europe) and by a tightening of the regulatory picture in Europe, with consequent “phase-out” of different products in the European Union.
In this framework, Isagro, selling largely to national distributors, with North America and Europe representing its main markets, was particularly penalized, although with expectations of recovery in the fourth quarter, following the progressive normalization of external conditions.
1H 2019 consolidated financial results
In the first semester of 2019, Isagro registered:
• Revenues of 73.1 Euro million versus the 89.0 million of the first semester of 2018;
• an EBITDA of 5.0 Euro million versus the 13.3 million of the first semester of 2018; • a Net result in loss for 2.4 Euro million versus the profit of 5.4 million of the first semester of 2018;
• a Net financial position of 58.1 Euro million, which includes the effect of the first adoption of IFRS 16 for 5.6 Euro million, versus the values of 45.1 Euro million and of 47.3 Euro million respectively as of December 31st, 2018 and as of June 30th, 2019 and with a debt/equity ratio of 0.63 (equal to 0.57 net of IFRS 16 effect).
The afore mentioned decrease of Revenues in 1H2019 versus 1H2018 was due to lower seasonal sales of Agropharma and Services (-10.9 Euro million versus 1H2018) in North America and Europe (notably in Italy) and to lower revenues from M/L Agreements (-5.0 Euro million versus 1H2018). The lower sales in North America (mainly represented by tetraconazole-based products) were due to high stock at distributor level at the beginning of the season, which triggered lower re-purchases in the semester, and to adverse weather conditions, which led to the delay of the start of the season itself. In Italy and Europe, moreover, the lower sales are attributable, in addition to the high levels of stock of copper products at distributor level, also to the recent tightening of the regulatory picture (re-registrations).
Perspectives and strategic direction
With reference to the full year 2019 perspectives, Isagro estimates a level of sales from Agropharma and Services lower but not far from the value of the 12 months of 2018, with a recovery concentrated in the fourth quarter mainly thanks to the expectation of higher sales in the MEA area (Middle East and Africa) and South America, while it is confirmed the lower contribution from M/L Agreements versus the previous year.
With regard to medium-long term perspectives (2021), Isagro confirms, on a like-for-like basis, the expectation of an important growth based in particular on the new fungicide Fluindapyr, whose sales are expected to start next year; further, Fluindapyr was included in the priority list for the “fast-track” registration procedure in the important Brazilian market.
Isagro, moreover, after having already communicated in the past its strategic decision to no longer invest in the development of new organic chemical molecules originated from its own Innovative Research, is further revising the business model: in this frame, the Company is also taking into consideration extraordinary operations aimed at better valorising corporate assets and, through the resources thus generated, at accelerating a higher strategic focus on biorationals.
In this frame, it shall be remembered the acceptance by Isagro of a binding offer received by PI Industries for the divestment to the latter of the entire stake in the fully controlled company Isagro Asia Private Limited, already communicated separately to the Market.