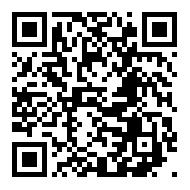 Corteva Agriscience launched in Brazil its new herbicide, Loyant (florpyrauxifen-benzyl, trademarked as Rinskor™), which promises to control grasses, cyperaceae and broadleaf in various rice cultivation systems, including irrigated systems.
The product, which will be marketed for the 2019/2020 crop season, was presented during a special event for researchers and the press at the XI Brazilian Congress of Irrigated Rice that was held at the start of the month in Balneário Camboriú. The product’s trade name is expected to be published in the official register of the Ministry of Agriculture, Livestock and Supply (MAPA), but is known to the scientific community as the active, Rinskor.
Loyant is an innovative tool for combating resistant weeds that affect rice cultivation, such as rice grass and sagittarius grass, among others. Loyant belongs to the arylpicolinate chemical group and is an auxin mimic. However, its receptors differ from classic herbicides with the same mechanism of action, such as 2,4-D. When applied during post-emergence, it disrupts the normal process of weed growth regulation, which then creates abnormalities by interrupting various cellular processes, causing tissue necrosis, especially near the roots or in the lower part of weeds, especially the stalk. Susceptible plants die within five to ten days on average. The product has proven to be totally effective against grasses, such as rice grass, and reeds in rice cultivation, as well as other species, such as water hyacinth, maltese cross and sagittarius. The company recommends its use as part of a system that also utilizes preemergent and mechanical and agronomic controls to ensure longevity. In recent harvests, the number of weeds resistant to ALS, ACCase and EPSPS inhibitor mechanisms has increased, which are also favored by the agroecosystem.
Rinskor is low risk to non-target organisms in terms of volatilization and has a short air half-life. Its low offensive potential to commercial cultures and the environment has made it increasingly popular before its approval by MAPA. Rice can also metabolize it, providing the selectivity necessary for efficient action on weeds. However, it should not be applied after panicle initiation. It also has no residual effects and its bioavailability in the soil is low. Evaluation protocols have revealed the product’s rapid degradation and dissipation.
The best results with the product are obtained in the early stages of weed growth between two and five leaves, and its use should be combined with efficient irrigation management. Corteva’s experts stress that the technology must be preserved, so, therefore, its availability is accompanied by a security protocol.
View More