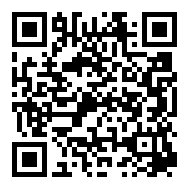 The Indian Prime Minister Narendra Modi has been at the Far Eastern Economic Forum in Vladivostok, boosting promising Indian trade in the region. Attending as this year’s Special Guest of Honor, he traveled with a delegation of about 200 Indian businessmen and signed off deals worth several billion dollars with their Russian counterparts.

The two countries have stressed their need to develop trade, with Prime Minister Modi and Russian President Putin pledging to raise bilateral trade to US$30 billion by 2025.

While India and Russia may be far apart from each other geographically, there are increasing business opportunities between the two.

The Far East of Russia has about 1 million hectares of fallow land waiting to be developed and made productive, and is capable of growing vegetables, grains, and fruits in addition to organic produce. There are growing opportunities for Indian investors in this sector as Russia is prepared to give the land use rights for free, in addition to tax incentives to make the land operational. The produce can be shipped to India, as well as sold throughout North-East Asian markets including nearby destinations such as Japan and South Korea.
View More