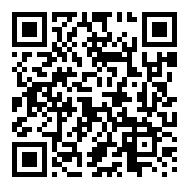 
Patent 1:
A herbicidal composition that is safe to use on paddy rice, which will also promote growth without affecting herbicidal control against weeds.
Patent 2:
A light-colored, pure, high-yield, low-cost and easy-to-handle synthesizing process of 1-alkyl-3-halomethyl-1H-pyrazole-4-formonitril, which will solve existing technical flaws.
Flagchem’s previous semi-annual report announced that the company has attained a business income of Yuan888.2222 million, up 11.54% year on year, and a net profit of Yuan98.1775 million, up 20.61% year on year.
Flagchem is a leading national company with a provincial-level technical canter, which is considered a key provincial research institute and a post-doctoral training canter in Jiangsu Province. It is also one of the first Chinese companies with access to key technologies, such as fluorination and asymmetric synthesis, chiral technology, phase-transfer catalysis and ammonification techniques.