Germany to ban glyphosate by end of 2023 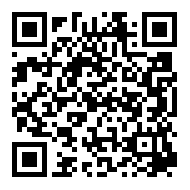 Germany will begin phasing out the use of the controversial herbicide glyphosate from next year and completely ban it from 2023 as part of measures rolled out by the country’s environment ministry on Wednesday to protect insects.
In July, neighboring Austria was the first EU member state to ban the use of the chemical, despite current European legislation that licenses the use of glyphosate in the 28-country bloc until the end of 2022.
“The federal government will significantly reduce the use of glyphosate-containing plant protection products by a systematic reduction strategy from 2020, at least 75%,” Germany's environment ministry said in a statement.
It added that the widespread use of the chemical “eliminates plants that many insect species rely on as food sources.”
The action plan includes a wide range of measures such as an additional €100 million to spent on insect protection as well as new binding specifications for fertilizers, herbicides and pesticides.
Germany consumes around 5,000 mt of glyphosate a year, behind the EU’s number one consumer France, which uses 7,000 mt.
The move piles additional pressure on Germany's Bayer, which bought glyphosate maker Monsanto last year for $63 billion and has been embroiled in multiple US lawsuits that claim the chemical causes non-Hodgkin's lymphoma, a type of cancer. The company denies the claims.
The German pharmaceutical and chemicals conglomerate said in response to Wednesday’s announcement that “such a ban would ignore the overwhelming scientific assessments of competent authorities around the world that have determined for more than 40 years that glyphosate can be used safely.”
Bayer is appealing against three judgments in the US that awarded damages totaling tens of millions of dollars, and faces another 18,400 cases in the US. The renewal process for the EU license will start at the end of 2019, well before the 2022 expiry, with the review process led by the Netherlands, France, Hungary, and Sweden.
Germany was strongly criticized by some EU member states after it played a crucial role in extending a five-year license for the herbicide in November 2017.
Bayer published statement regarding the German Government’s announcement:
We respect political decisions by some EU Member States to reduce applications of Glyphosate. However, with regards to the German government’s intention to impose a unilateral ban on glyphosate in 2023, we have a different view.  Such a ban would ignore the overwhelming scientific assessments of competent authorities around the world that have determined for more than 40 years that glyphosate can be used safely. Within the European Union, we have a common legal framework for authorization of plant protection active ingredients, backed by one of the world’s most stringent safety assessment schemes.
Looking ahead toward the EU renewal of glyphosate in 2022, France, the Netherlands, Hungary and Sweden recently have been appointed to reassess the safety of glyphosate. Preempting the result of such a thorough scientific assessment by these EU Member States and the European Food Safety Authority will erode confidence in a science- and rule-based authorization procedure and thus have a significant negative impact on agriculture and other sectors far beyond this individual substance.
The herbicide glyphosate is an important tool for ensuring both the sustainability and productivity of agriculture. For instance, glyphosate has enabled adoption of conservation agriculture practices, which play a major role in minimizing greenhouse gas emissions and mitigating the negative impact of climate change. Regardless of a ban of glyphosate farmers will still have to control weeds to ensure their harvests. Therefore the amount of forage for insects will not change whatever method is used.
View More