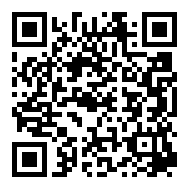 −− While India’s water crisis is complex and can be attributed to the culmination of a variety of issues, the major cause of the crisis lies within the agricultural industry, where 90 percent of all water drawn is used for agriculture.

Over 2.3 crore pumps in India are drawing water, round the clock, to support agriculture – often to grow highly water intensive crops (such as rice, sugarcane, cotton and banana), sometimes in severely water stressed regions of the country.
As such, there is an urgent need for farmers to embrace a variety of agricultural solutions, to not only conserve and harvest water, but to optimise it for improved productivity and profitability. A farmer in Rajasthan, who adopted drip irrigation, is conserving water whilst producing higher crop yields.
Harnessing micro-irrigation
Flood irrigation delivers only 35-40 percent water use efficiency, as opposed to micro irrigation which has up to 90 percent efficiency. Whilst the coverage of drip (2.13 percent) and sprinkler (3.30 percent) methods of irrigation is meagre compared to its total potential in India, this presents an exciting opportunity for widescale investment in micro irrigation as a key solution to solving India’s water crisis.
Research highlights that the slow spread of micro irrigation is not mainly due to economic reasons, but due to a lack of awareness among the farmers about the real economic and revenue-related benefits of it. By adopting micro-irrigation, farmers experience an increase in productivity – by being able to control, quite precisely, water application at the plant roots, crop yield is increased, resulting in an increase in profits.

Additionally, farmers who adopt micro irrigation experience a reduced cost of cultivation. There are cost savings to be made by reducing the use of seeds via line seeding vs broad seeding, and reducing the need for weed control. There are also significant time and labour savings to be made, as the micro irrigation system is permanently fixed, requiring less expenditure on labour for weeding and watering crops.
While the Government of India has been implementing a centrally sponsored scheme on micro irrigation with the objective to enhance water use efficiency in the agriculture sector by promoting drip and sprinkler irrigation technologies, in many areas (for example, Punjab) the Government provides farmers with free or subsidised power to pump water, which does not promote the judicious use of water among farmers.

In these areas, it is difficult to incentivise farmers to convert to more efficient methods of irrigation (ie micro irrigation.)
Reduction of water intensive crops
Additionally, according to experts at the Central Water Commission, India’s cropping pattern highlights the rampant cultivation of water intensive crops such as sugarcane, paddy, cotton and banana, across water stressed regions of India. Maharashtra is one of the worst water stressed states of India, but government data suggests that Maharashtra is also the largest state with sugarcane cultivation in the tropical region.

Similarly, sugarcane and paddy are commonly cultivated in highly water stressed regions of the Cauvery basin, which spreads over the conflicting states of Karnataka and Tamil Nadu.
As agriculture is the largest consumer of freshwater in India, the shift from water intensive crops, to less water intensive crops such as pulses, millets, vegetables, legumes, oilseeds, and medicinal plants, can spare large quantities of freshwater in India, with minimal cost, for the benefit of farmers. **Highlighted in Red – Crops with very high requirement of water
Increasing water harvesting
The vast majority of poor farmers live in parts of the world where rainfall is limited or very irregular. Often, large amounts of rainfall are received but in a very short span of time, leaving the rest of the year dry.
Water harvesting, the capture and storage of rainwater for use during dry periods, is a technology proven to increase food security in drought prone areas. Erosion control and groundwater recharge are additional advantages of water harvesting techniques, which contribute to agricultural development and resource conservation.
There are many types of water harvesting structures. At the farm level, one of the most effective systems is the farm pond. A farm pond is a dug out pond constructed in or near the farm. Rainwater is collected in the pond and stored for future uses such as irrigating crops, recharging groundwater, aquaculture and providing drinking water for farm animals.
Watershed development
A watershed is an area of land and water bounded by a drainage divide, within which the surface runoff collects and flows out of the watershed through a single outlet into a lager river or lake. Watershed technology is used in rainfed areas.
Watershed management involves the effective conservation of soil and water resources for sustainable production. It involves the management of land surface and vegetation so as to conserve the soil and water for immediate and long term benefits to the farmers, community and society as a whole.
The development of watersheds is an important programme to make best use of rainwater for agricultural production while improving soil conservation and biodiversity. Fortunately, the Government of India has given top priority for watershed development to provide assured water supply of agriculture in rain fed areas.

It is estimated that over 63 percent of the cultivated lands in the rain fed areas need to be brought under watershed development to conserve soil and water, which in turn would improve the crop yields as well as ground water table.
Improved water conservation policy in agricultural sector
There is also a need for a more significant water conservation policy in the agricultural Sector. It is imperative that we recognize the need to focus conservation efforts on agricultural water use to improve our water reserves. Laws to conserve water in the agriculture sector are absent. On the other hand, conservation laws are stringent in sectors where the scope to save is minimal.
Strengthening and promoting water user associations
Water User Associations (WUA) play a crucial role in creating a sense of ownership of water resources and the irrigation system among the user farmers, so as to promote economy in water use and preservation of the system.

A WUA is an organisation for water management made up of a group of small and large-scale water users, such as irrigators, who pool their financial, technical, material, and human resources for operation and maintenance of a local water system, such as a river or water basin.
In India, adoption of PIM (Participatory Irrigation Management) has been slow compared to some other countries, despite the fact that the PIM approach provides a 'win-win' situation both to farmers and the government. The major benefits of PIM include effective and economic maintenance of irrigation infrastructure, improved distribution equity of irrigation water, increase in irrigated area, freedom of crop planning, effective use of surface and groundwater, increased cost recovery, and higher income to farmers.

However, for a successful and sustainable PIM, there is a need for competent local leadership, support and guidance from non-government organisations, economic benefits to farmers through collective action, and robust irrigation infrastructure.
Improved water management in agriculture, requires us to nurture a stronger relationship between farmers and the precious resource of water, so that people can understand the value of each raindrop and understand that unless we are prudent, and frugal, with our use of this limited resource, there will never be enough water for all.
Investment needs to be made in educating and empowering farmers on the various solutions to harvesting and conserving water – to ensure that the agricultural sector starts to become a key part of the solution to India’s water crisis, as opposed to a key part of the problem.
View More