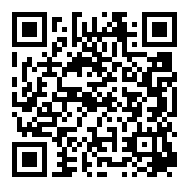 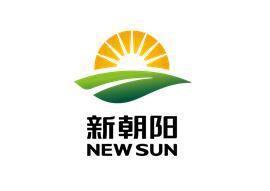 Recently, Sichuan Hebang Biotechnology, a listed company in China, took over 1.94% of stake in Chengdu Newsun Crop Science Co., Ltd. at a cost of 6 million yuan, and made a capital increase of 14 million yuan, thus holding a total stake of 5%, after the completion of the takeover and capital increase.


Founded in 1999, Newsun has spent 20 years on the research, production and promotion of organic and green agricultural production inputs for use in the soil conditioning, botanic biopesticide development, botanic crop regulation and nutrition. Since 2019, Newsun has fast tracked its business development with all operation indicators growing rapidly.
Over the recent years, Newsun has been trying to industrialize its research achievement. At present, its brassinolide product series has been put up for sale in the market. Brassinolide is a plant growth regulator, which is usually made via industrial synthesis by many manufacturers. However, it is produced by Newsun using a natural extraction technique, which has become its core competence. Newsun’s cost of production of brassinolide is over 50% lower than that of the chemical process, while the effect of use is also more superior compared to that of brassinolide made via the chemical process.
In terms of the production process of brassinolide, Newsun’s natural extraction technique has been granted a patent globally. In 2016, Newsun took the lead in drafting the Chinese national standard for natural brassinolide and the company is currently working with FAO and WHO JMPS on the formulation of an international standard for natural brassinolide.
Newsun has been granted 48 product registrations in China, and the products of the company have so far been exported to some 30 countries and regions across the world. In the Chinese domestic market, the sale of the company's natural brassinolide has taken over 50% of the market share.
Like other innovation-oriented companies, Newsun is also confronted with the lack of continued financing support, which restricts the rapid development of the company. How can the problem be solved? To introduce strategic investment would be a good option. Under the circumstances, Hebang is now making an investment of 20 million yuan to attain a 5% stake in Newsun. Hebang expressed that the extension of its industry chain, as well as the enrichment of its pesticide and agricultural business are in line with its strategy of developing modern pesticides and biopesticides. It said that “the investment will facilitate the development of innovation-driven companies and enhance the international competitiveness of Chinese agriculture”.
View More